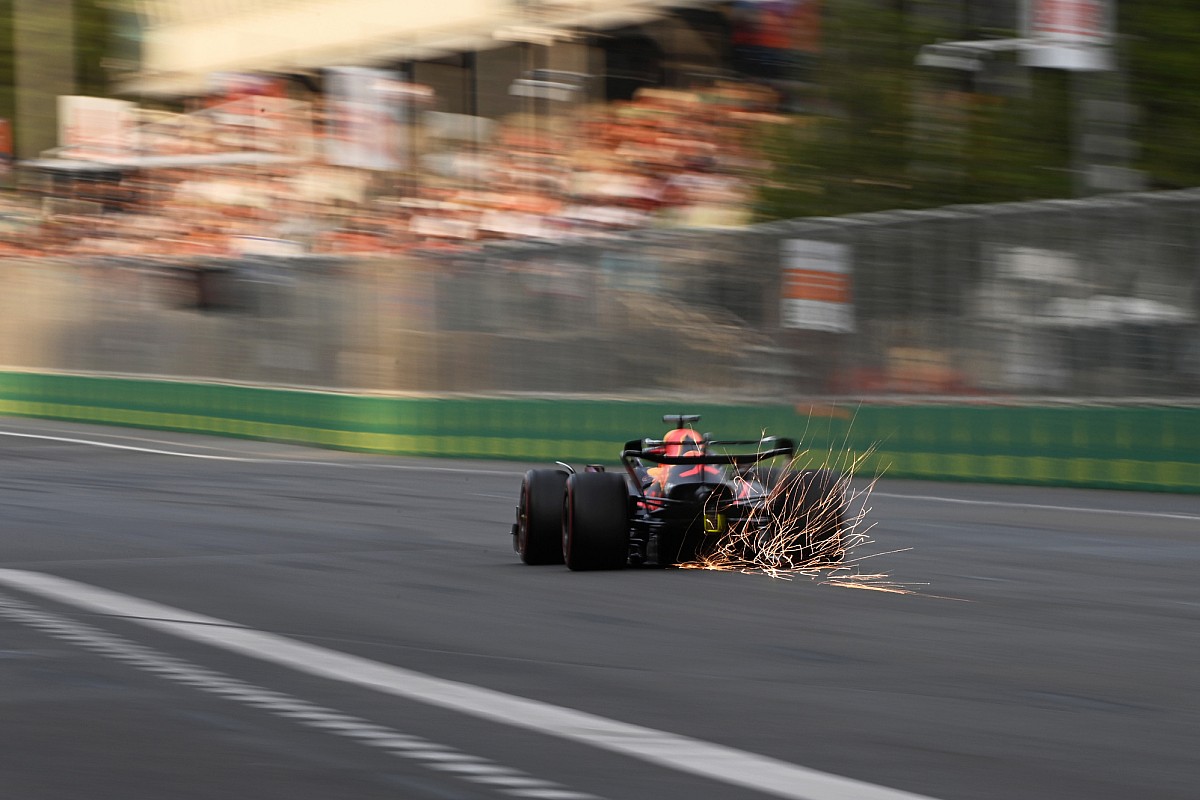 
A growing annoyance about the physical impact and risks of the ongoing bouncing has become a big talking point over the Azerbaijan Grand Prix weekend as the matter was brought up in the F1 drivers’ briefing.

Grand Prix Drivers’ Association (GPDA) director George Russell is understood to have directly asked the FIA to look into the matter, as he is now openly concerned about the safety implications that come from being excessively shaken around at high speeds.

“Well I think it’s just a matter of time before we see a major incident,” said the Briton. “A lot of us kind of can barely keep the car in a straight line over these bumps.”

But while Russell’s concerns are shared by a lot of drivers, not all teams believe that anything drastic needs to be done in the short term – especially as it is a problem not all competitors suffer from.

It has emerged that last year, during discussions about the progress of the 2022 cars, a proposal was put forward to counter concerns about the risk of porpoising.

It is understood that as it became clear how low teams were going to have to run the 2022 generation of cars, the idea of introducing something to eradicate the risk of bouncing was discussed.

But the proposal, believed to involve a series of technical measures that would have effectively mandated a minimum ride height to lift cars clear from being at risk of porpoising, did not have the necessary support so was binned.

But while teams did not see the need for something like this back then, the mounting concerns of drivers looks set to at least bring the subject back into the spotlight of the FIA.

“I think it’s just a matter of time before we see a major incident. A lot of us kind of can barely keep the car in a straight line over these bumps, we’re going round the last two corners at 300 kilometres an hour, bottoming out.” George Russell

McLaren team boss Andreas Seidl agreed that the ‘brutality’ of the porpoising meant it was right for the matter to be discussed between teams and the FIA.

However, he also emphasised that any team can instantly get rid of the problem by raising the ride height of their car – although doing so would lead to a reduction in performance.

“We understand that the severity we see in some cars is brutal on the drivers, and that’s why it is a fair point to bring forward to the Technical Advisory Committee, to see if it makes sense to address it,” said Seidl.

“But at the same time, right now, a team knows how to stop it immediately.”

Russell’s boss, Mercedes team principal Toto Wolff, said that the current situation was not straightforward – and he felt it was important to understand why some cars were suffering worse than others.

“I think we’ve seen cars that don’t have the issue and then others who have it have it worse, clearly,” he said.

“I can talk for our two drivers: they are having issues and it goes to a point that even a physio can’t fix it sometimes. So, we need to see how that develops. And understand also why it’s much tougher in some cars than in others.”

Ferrari team principal Mattia Binotto did not believe that the current cars were especially troublesome to drive – and said more time was needed to understand where things stood.

“If we judge the Formula 1, I don’t think they are the least comfortable cars to drive, in terms of formula motorsport,” he said.

“I think that it’s a challenge for the drivers, no doubt. But still, I think those cars are quite comfortable to drive. It’s a challenge, a technical challenge, I think we look at ourselves, we made already some progress, and I think in the future, we can do more progress. So, certainly too early to judge.”

Norris: “Tough decision” not to pass Ricciardo amid team orders