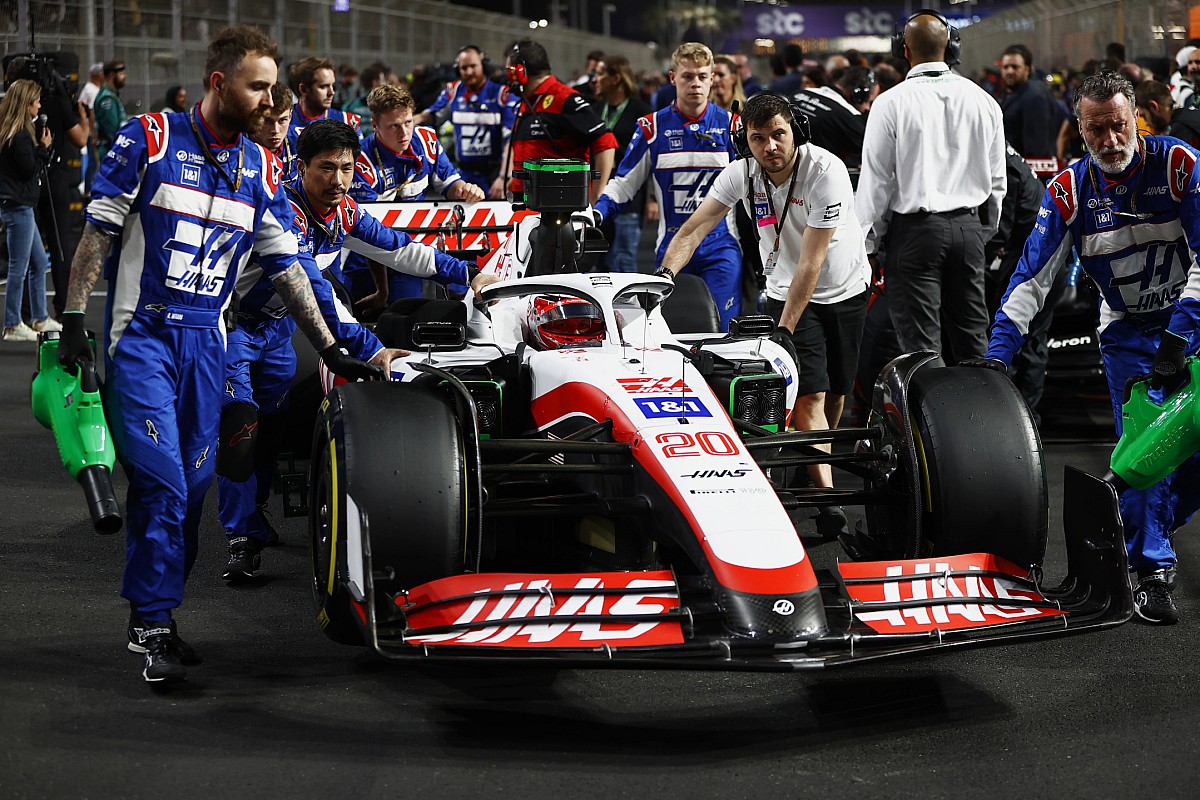 Under Armour CEO Patrik Frisk to step down, interim chief will take over June 1


Schumacher had a huge accident in qualifying for the Jeddah event last month and didn’t start the race as the team felt it was better to take its time in building up the spare chassis for Melbourne.

That job has now been completed, with the team playing one of its curfew jokers and working late on Wednesday night at Albert Park.

The crashed chassis is on its way back to the team’s UK base for repairs, before it can be returned to frontline use.

“It was pretty tough for the guys,” Haas team boss Gunther Steiner told Motorsport.com. “Last night we broke the curfew because the guys wanted to get ahead for this morning, so tonight we don’t have to go over it. Breaking one curfew was worthwhile to get to a good point.

“You need to bring as many parts as you can in the moment. You cannot bring more, there is nothing in stock anymore. All what you’ve got, you bring here.

“But there’s no spare chassis, no safety net here, so they need to be careful. Otherwise we’ll start again with one car!”

Steiner believes that once properly checked over back at base the crashed chassis can be returned to use for the next event in Imola in two weeks.

“The chassis has been flown back yesterday,” he explained. “It had to come here because of custom declarations, paperwork, basically. At the moment I think it’s stuck in Singapore, I just had an email!

“It’s going back to be repaired, so hopefully will have that for Imola again, as a spare chassis. I think it’s OK. The side impact structure needs to get changed, it needs to get painted, there is a small dent in it, but the chassis is repairable.”

Although he’ll have a new gearbox when he takes to the track on Friday, Schumacher will still be using the complete Ferrari power unit installed in his car at the time of the Jeddah accident.

Steiner is confident that there will be no issues with it, despite the heavy impact: “They need to fire it up now, but they pressure checked everything, and Ferrari is very happy.”

Schumacher has not been to the tricky Albert Park track before but Steiner has no concerns about the German’s lack of knowledge of the venue.

“He did a lot of new tracks last year, so this year there are not so many new one,” he said. “This is one of them, but I think I don’t think that will be a big issue for him, it’s just getting up to speed.

“And we have got Kevin [Magnussen] now as well, he was here before, so he knows the track well, so Mick can look at his data. It’s accelerating if you’ve got a guy who knows what he’s doing.”

Andretti wants to give American drivers “legitimate shot” in F1

Under Armour CEO Patrik Frisk to step down, interim chief will take over June 1