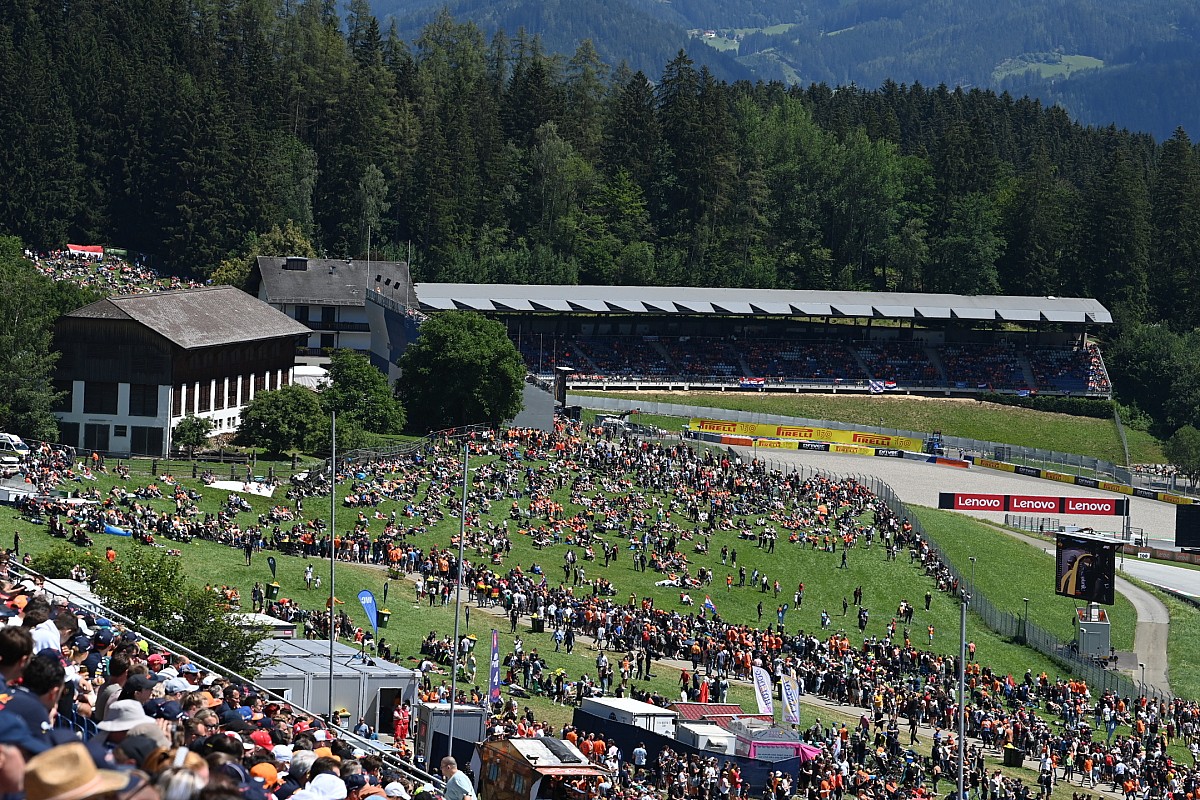 
Attending a Formula 1 grand prix is something many fans rarely – and in some cases never – get the opportunity to do.

To do so is something very special. It’s something you’ve saved up for ages to do, something you’ve had firmly put in the diary, booking your flights and hotels. You’ve made your flags, got your merch, and planned out your trip to the very last detail.

But then you get to the track, and it turns into an experience that makes you not want to go to an F1 race ever again.

That’s the reality that a number of fans sadly faced over the Austrian Grand Prix last weekend, as reports of sexual harassment towards women, racial abuse and the use of homophobic slurs flooded social media, showing the sinister, unacceptable side of F1’s current fan boom.

The Austrian Grand Prix is regarded as being one of the best-run of the F1 season. Having not attended the race since 2019, I tweeted last Wednesday how excited I was to be back, urging people to attend if they’re going to pick a European race. Great views, great facilities, great racing – what more could you want?

Well, you want a great fan experience when you are on the ground. The tagline used around the Red Bull Ring was: “Life is better at a race track.” On face value, it is a nice way to urge people to come to your race.

But life is not better when you’re being catcalled. Or jeered because of who you support. Or abused because of who you love or the colour of your skin. Or, in one of the most shocking stories that emerged on Sunday, having your dress lifted up by a group of drunk male fans who say: “You’re a Hamilton fan, you don’t deserve respect.”

It’s sickening behaviour that needs to be stamped out not only from F1’s fanbase, but from society altogether. The world may seem more divided than ever as elected leaders thrive on polarisation and internet trolls use “snowflakes” as an excuse to be awful human beings. But for such behaviour to stretch to F1, where simply supporting a different driver was justification for some to hurl abuse and ruin weekends, is deeply sad and so wrong.

And let’s be clear right now: alcohol is zero excuse. Leaving the track every evening, we saw people vomiting or urinating around the track exit, who had clearly consumed too much through the day. Limiting the amount of alcohol people have is difficult, but steps such as limiting how much fans can bring in – a step taken at Bathurst – would be a start. Yet it does not justify one iota the abuse and harassment some in the crowd felt they could give out.

F1’s current boom has been incredible to watch. Almost every race has been a sell-out this season, and it feels like things have never been better in terms of fan engagement and people embracing the series. All tracks and promoters are able to track the demographics of fans who are buying their tickets, and will note the surge in female and young fans attending races. It’s a really promising sign for F1’s future.

Yet it also feels that fans are more divided that ever. Is it a consequence of the tribal nature of the fanbases, only hardened by the toxic nature of last year’s title fight? Potentially. Sport will always have partisan fans, but things such as cheering crashes – especially when the condition of the driver is not known – are not correct. To harass people over who they support or even burn rival merchandise is so far beyond the limit.

It must also be stressed this is not all F1 fans. This is a stupid, “brainless” minority, to quote Toto Wolff, who was forthright in his message to them: “Whoever reads my sentence: stay away. We don’t want you. If you’re part of that group, f*** off.”

But there is still a need to shift mindsets. F1 has been clear in its push to make the series more inclusive and diverse to better reflect the wider world. Lewis Hamilton has naturally been a key voice to aid this change, supporting underrepresented groups through funding schemes such as Mission 44, in which he has invested more than £20m of his own money, and Ignite, the charity he jointly set up with Mercedes. Hamilton stressed the need for funding to aid F1’s shifts, saying its corporate social responsibility campaign, We Race As One, had been “just words.” F1 is funding university scholarships for a number of students from underrepresented groups, but needs to ensure the push for inclusion also goes all the way to fans.

The way to do that is not only through messaging, and encouraging drivers to use their platforms, but also through action to make clear that such behaviour is not acceptable. Identifying the perpetrators of abuse is harder at open events compared to football matches, for example. But where action can be taken, it must.

“Whoever these people are, they should be ashamed of themselves and they should be banned from racing events for their lives,” said four-time world champion Sebastian Vettel. “I think there should be zero tolerance. If people have a good time and drink too much that’s OK, but it doesn’t justify or excuse wrong behaviour.”

Vettel, as ever, is on the money. We are all in this together. If we want to make F1 a more tolerant, accepting and inclusive series, then we all have to be pulling in the right direction. We have to call out unacceptable behaviour, stamp out abuse and work hard to keep shifting mindsets – particularly to protect the growing number of women not only working in the paddock, but through our fanbase.

“It was somehow understood that you have to accept a little bit of suffering, if someone was making a sexist comment or something that was described as just banter,” said Wolff. “Today, that’s just not on any more. People are truly hurt or feel discriminated, and that’s why we need to all more aware.

“I have the perfect professor at home, Susie [Wolff], who says, that was seen as funny 10 years ago because nobody cared, but I can tell you, for me that’s borderline or for me that’s too much. For us guys who’ve had that, and it was always seen as banter, we just need to have a bit of a mind shift.”

F1 and a number of teams took steps to contact some of the fans who were subject to abuse in Austria, getting them into the paddock to meet their heroes after the race. It was a small, welcome step that will hopefully ensure their experiences do not dampen their fandom.

But this must be acted on swiftly and with no tolerance for abusers. Fans are the most important part of F1. Without them, none of us can do what we do. We must work hard to protect them.

And to the abusers and harassers? Let it be clear: you are not F1 fans. You are not welcome in our series.

Fans watch the action from a packed grandstand