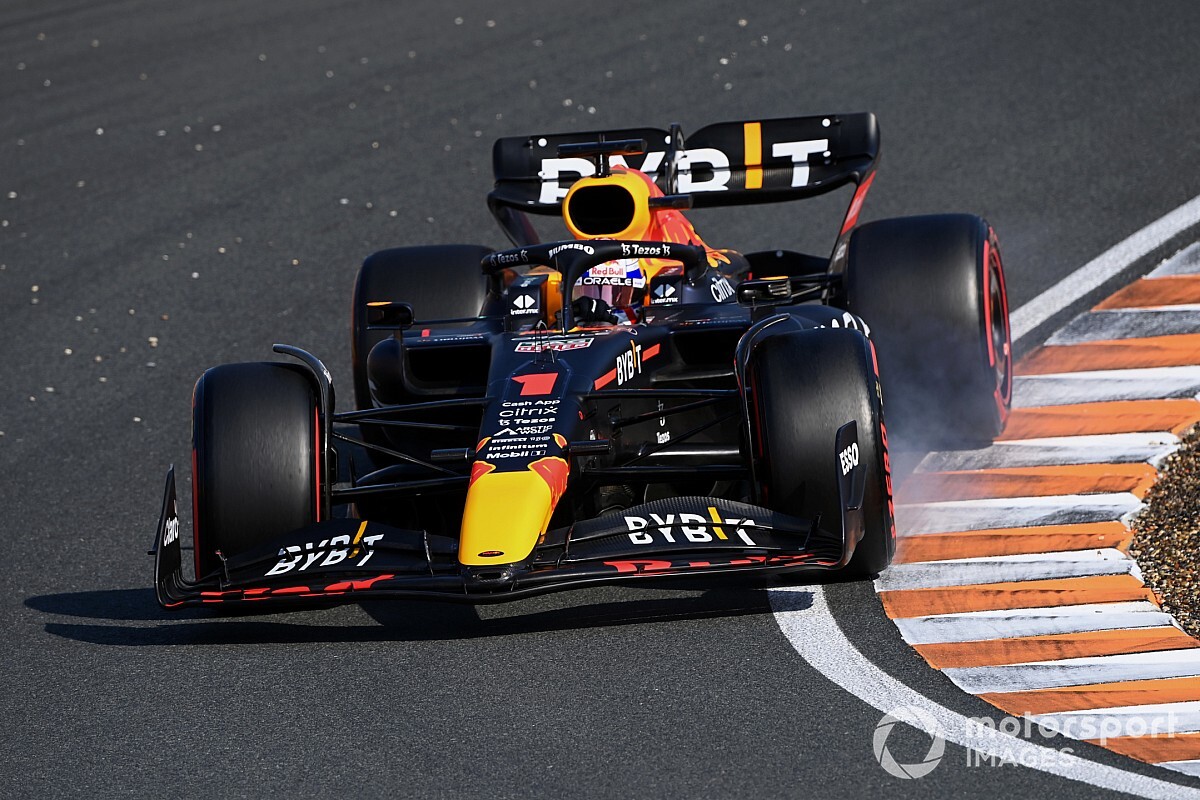 Verstappen will start ahead of the Ferraris of Charles Leclerc and Carlos Sainz after the one-hour qualifying session, which is split into three segments with five cars each being knocked out in Q1 and Q2 before the top-10 shootout of Q3.

Verstappen set the early pace at 1m11.317s, a quarter of a second ahead of the Mercedes cars of George Russell and Lewis Hamilton. Leclerc then jumped up to second on 1m11.443s, before Hamilton took it away in the closing moments, just 0.014s off Verstappen, ahead of Yuki Tsunoda (AlphaTauri) and Leclerc.

Q2 was red flagged moments after it started due to a spectator throwing a flare on to the track.

Sainz grabbed the top spot right at the end with 1m10.814s, 0.010s faster than Russell, as Verstappen slipped to third.

Knocked out at this point were Pierre Gasly (AlphaTauri), the Alpines of Esteban Ocon and Fernando Alonso, Zhou Guanyu (Alfa Romeo) and Alex Albon (Williams).

On the first runs, Verstappen set the benchmark at 1m10.515s before Leclerc beat it with 1m10.456s, with Hamilton third fastest.

On the final runs, Leclerc suffered a scruffy middle sector, but improved to hit the front with 1m10.363s. Verstappen was tidier, and grabbed P1 by 1m10.342s, 0.021s faster the Leclerc, while Sainz lapped within 0.092s of pole for third.

Hamilton was unable to improve on fourth after Red Bull’s Sergio Perez – who was fifth fastest – spun off at the penultimate corner. Russell will start sixth, ahead of Lando Norris (McLaren), Mick Schumacher (Haas), Tsunoda and Lance Stroll (who didn’t run due to a technical issue with his Aston Martin).