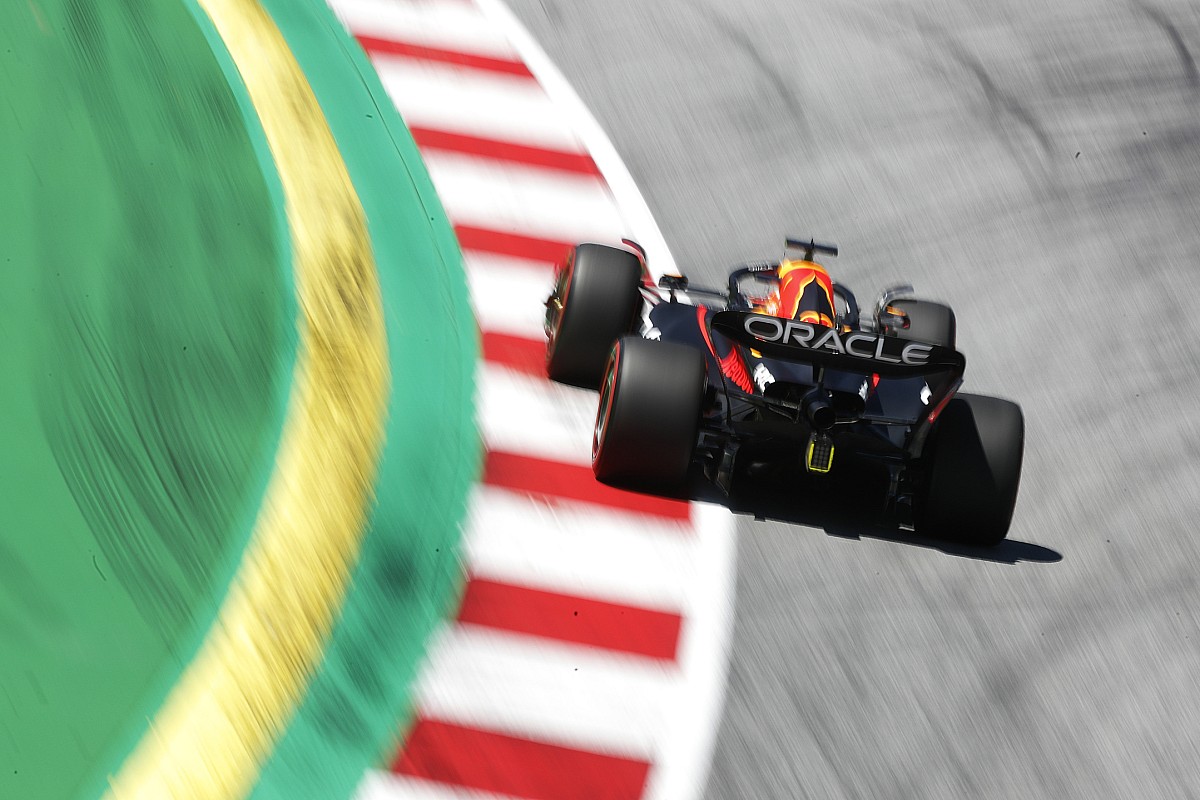 Verstappen will start ahead of the Ferraris of Charles Leclerc and Carlos Sainz after the one-hour qualifying session, which is split into three segments with five cars each being knocked out in Q1 and Q2 before the top-10 shootout of Q3.

Leclerc set the early pace at 1m06.200s, which was quickly beaten by Sergio Perez on 1m06.143s and Verstappen on 1m06.097s, although the latter’s time was deleted for exceeding track limits. Hamilton took P1 with 1m06.079s before Verstappen, Sainz and Leclerc took it away.

Leclerc improved to 1m05.287s in the closing stages, ending the session 0.087s ahead of Verstappen.

Knocked out at this point were Pierre Gasly (AlphaTauri), Alex Albon (Williams), Valtteri Bottas (Alfa Romeo), Yuki Tsunoda (AlphaTauri) and a brake-troubled Lando Norris (McLaren), who spent much of the session in run-off zones. Bottas will start from the back of the grid due to power unit component changes.

On the first runs, Leclerc again set the early pace at 1m05.183s, which Verstappen beat with 1m05.092s. Sainz was two tenths off the pace in third.

Just after the halfway point of the session, Hamilton – who aborted his first effort – crashed into the tyrewall on his second push lap at Turn 7, causing a red flag.

The final runs were delayed when Russell also spun and slammed backwards into the wall at Turn 10.

That left just time for one more flying lap for the remaining eight cars, with Leclerc grabbing provisional pole with 1m05.013s and Sainz taking P2 with 1m05.066s, but Verstappen saved his best until last with 1m04.984s to take pole in front of an adoring crowd.