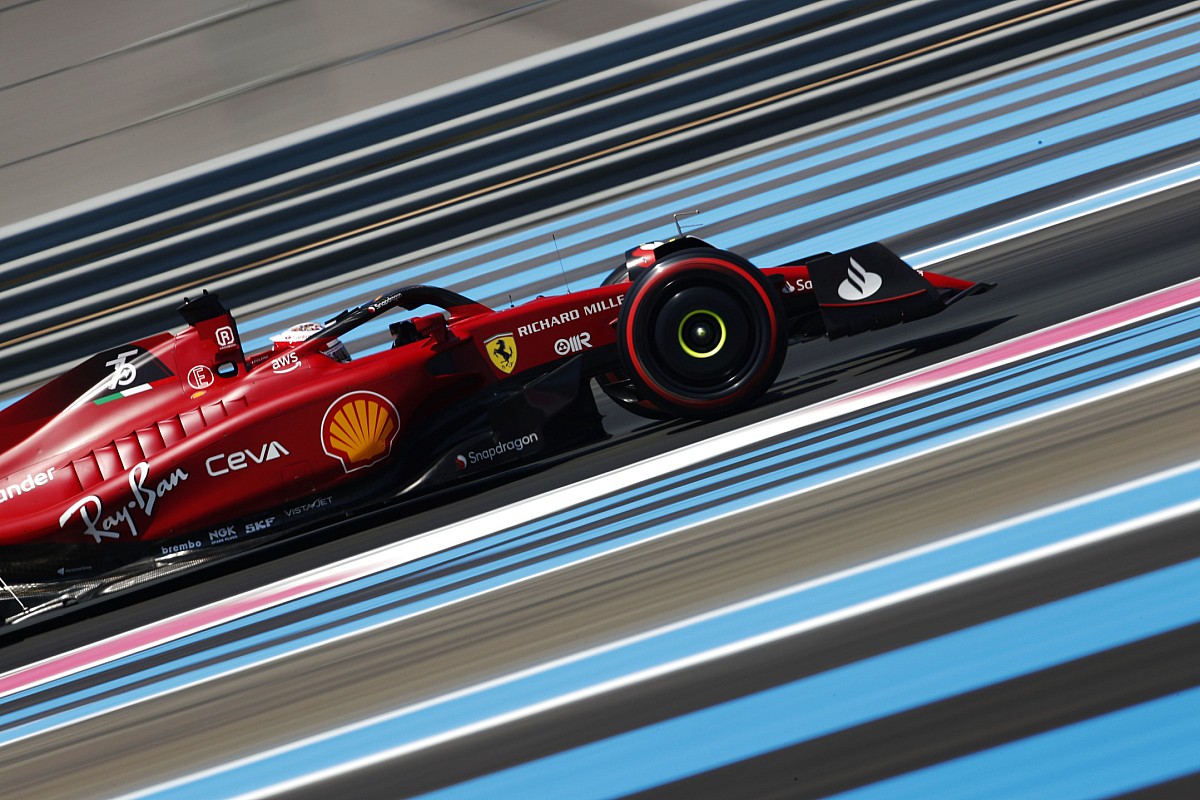 Leclerc will start ahead of the Red Bulls of Max Verstappen and Sergio Perez after the one-hour qualifying session, which is split into three segments with five cars each being knocked out in Q1 and Q2 before the top-10 shootout of Q3.

Leclerc benefited from his teammate Carlos Sainz giving him slipstreams in Q3, as Sainz will start from the back of the grid due to power unit change penalties.

Falling at the first hurdle were Pierre Gasly (AlphaTauri), Lance Stroll (who set the same time as Gasly in his Aston Martin), Zhou Guanyu (who suffered a wild moment in his Alfa Romeo), Mick Schumacher (who lost a top-10 laptime due to exceeding track limits on the apex of Turn 3) and Nicholas Latifi (Williams).

Sainz then knocked everyone out of the park by almost a second, with a stunning laptime of 1m31.081s. Leclerc ran again and got to within 0.135s of his teammate to make it a Ferrari 1-2.

On the final runs, Leclerc got another tow from Sainz, this time producing 1m30.872s. Verstappen could only manage 1m31.176s, three tenths slower.

Perez will start third, ahead of the Mercedes of Lewis Hamilton, Lando Norris (McLaren) and George Russell (Mercedes).

Fernando Alonso starts seventh for Alpine from Yuki Tsunoda (AlphaTauri). Neither Sainz nor Kevin Magnussen (Haas) set a laptime but will both go to the back of the grid due to power unit change penalties and will start 19th and 20th respectively.