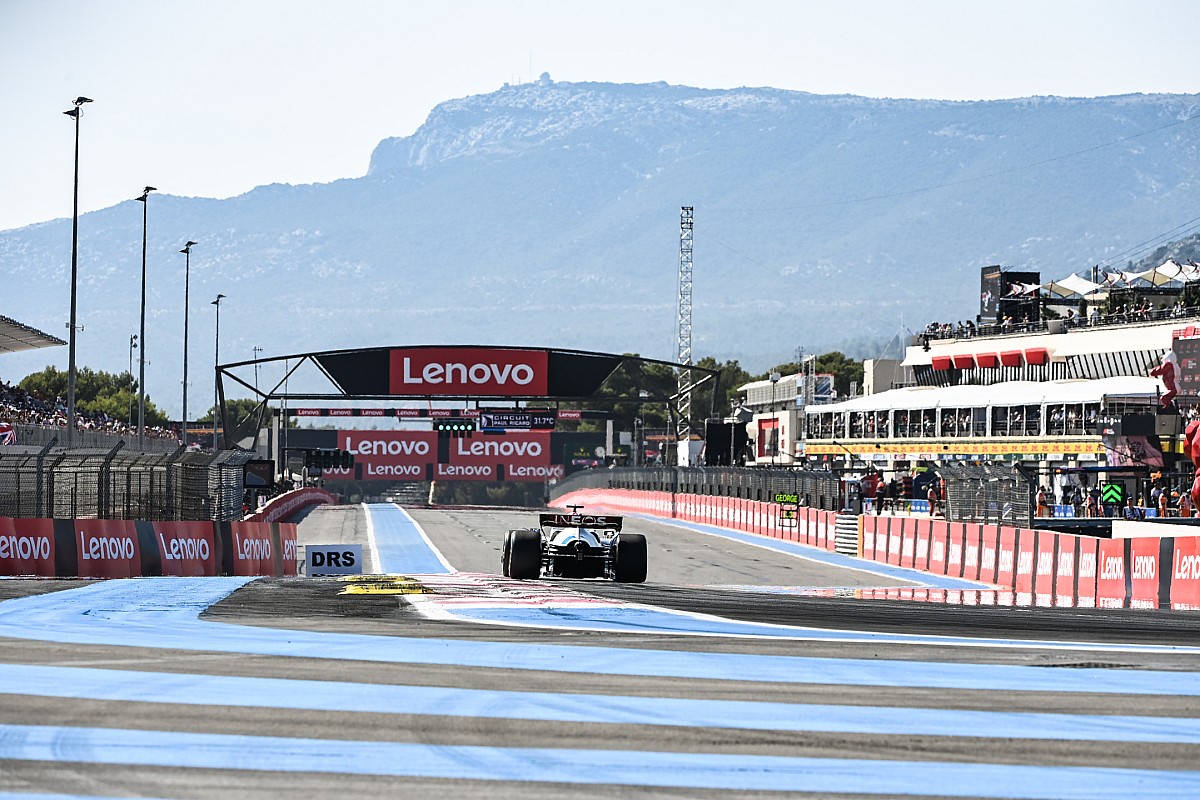 
In past years, the 60km/h speed limit zone ended shortly after the last F1 team garage, close to the start/finish line, and drivers could release the limiter and start to accelerate at that point.

However, the pitlane itself continues past another garage building which is not used by the teams.

It’s understood that during the FIA’s Thursday track inspection, race director Eduardo Freitas and his deputy Niels Wittich decided that the arrangement was potentially dangerous, as a driver losing control on acceleration could head towards the garages or put track personnel in that area in danger.

They thus decided to move the end of the speed limit zone to the actual pit exit.

The change has had two consequences for drivers and teams. Firstly, pitstop times have been extended by an estimated 3.5-4.0 seconds, a number that put any strategy calculations made before Thursday out of kilter, while also potentially encouraging teams to look towards making one stop.

Secondly, it means that drivers carry less speed as they leave the pits and thus makes it harder for them to defend their position into Turn 1 when emerging from a stop. The slower exiting cars are also potentially more of a hazard for drivers passing the pit exit.

Some drivers questioned the change of the speed limit zone in the briefing, but it was made clear that the safety reasons were paramount.

In an update in the race director’s notes issued by Freitas on Saturday, an arrow sign has now been placed at the pit exit to give drivers more warning that a car is exiting the pits.

Freitas wrote: “There is an active digital panel placed on top of the pit wall adjacent to the pit exit (driver’s right). Each time a car is leaving the pit lane this panel will display an arrow pointing to the left to inform drivers on track that a car is exiting the pitlane.”

Another major point of discussion in Friday’s briefing was the baguette kerbs in use at several corners at Paul Ricard, with Sebastian Vettel among the most vocal on the matter.

The German pointed out that several drivers in junior categories have been injured after their cars took off over such kerbs, reminding those present of incidents at Austin last year, which led to the kerbs being removed.

He also noted that the white line rule provides a sufficient deterrent to abuse of track limits. The FIA explained that the kerbs were required for the Porsche event.

However, after considering the matter overnight Freitas explained in his latest notes that “the deterrents (“baguette kerbs”) adjacent to the track at the exit of T5 and T15 have been removed.”

At the urging of the GPDA the Friday briefing also saw several recent incidents reviewed in an effort to give drivers a better idea of why penalties are or aren’t applied.

One of the examples shown was Fernando Alonso’s weaving moves in front of Valtteri Bottas on the last lap of the Canadian GP, which earned the Spaniard a penalty.

The incident was replayed from several angles and apparently it was so clear that Alonso had made multiple blocking moves that laughter was triggered all around the room. When an informal vote was taken on whether it was a just penalty, all drivers bar Alonso and teammate Esteban Ocon voted yes.

Having seen videos, a majority of drivers also agreed that George Russell deserved a penalty for nudging Sergio Perez off the track in Austria, while many also felt that Alex Albon should have been penalised for his incident with Vettel in the same event. Even Albon, who escaped sanction at the time, conceded that he was at fault.

A topic of conversation in the separate team managers’ meeting was the lack of a penalty for Alonso following an investigation for his car being released in an alleged unsafe condition during the Austrian race.

The consensus was that the rule requiring drivers to stop immediately if they or the team suspect that they have a loose wheel should be applied more strictly in the future.