Espargaro: “Speed is there” despite painful Honda points haul 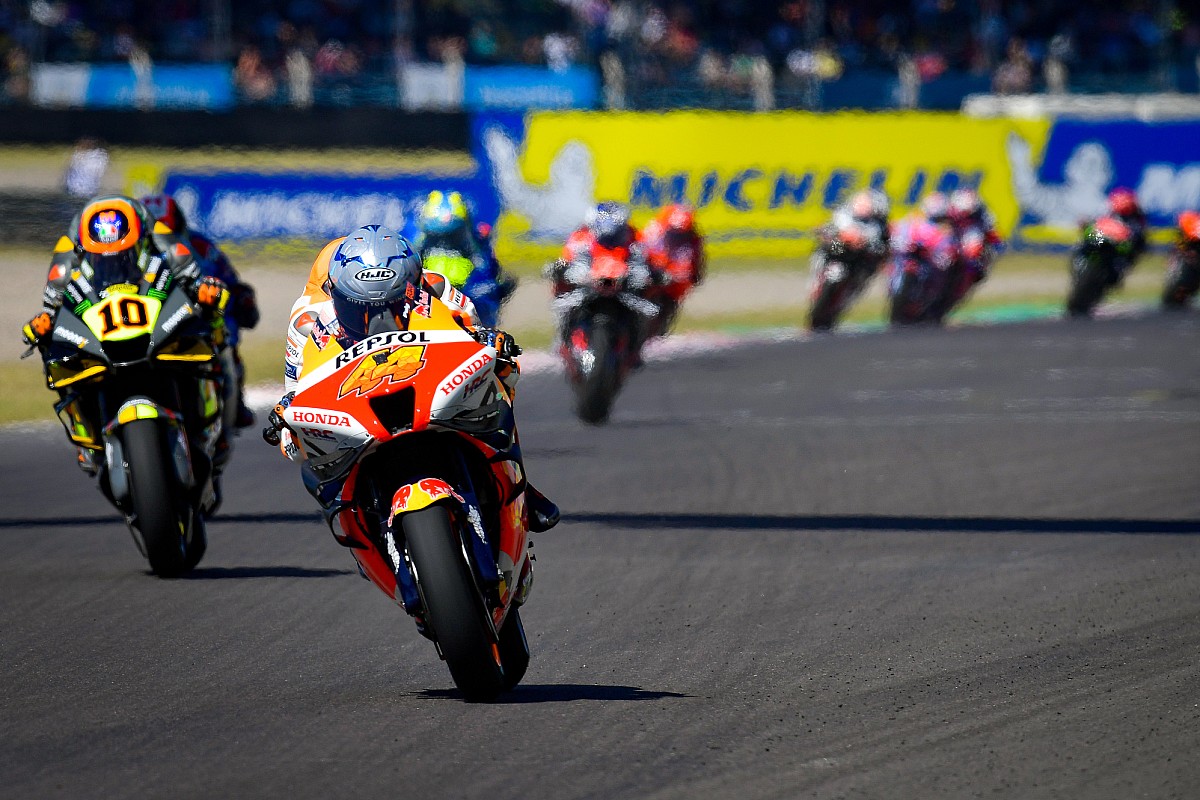 
Honda overhauled its MotoGP package for 2022 after several years of struggle, with its latest RC213V more rear biased to aid the traction it used to miss.

This has helped Espargaro in particular to be more competitive on the bike, with the Spaniard fighting for victory in the season-opening Qatar Grand Prix before finishing third.

But since then he struggled in the wet in Indonesia to 12th and crashed out of the podium battle in last weekend’s Argentina GP, leaving him with just 20 points from a possible 75.

After his disappointing Argentina race, Espargaro at least took solace from the fact that it’s unlikely he will face worse grip conditions at any other circuit this year.

“The positive is that these are the worst conditions we will face all year,” he said.

“It’s impossible to find worse conditions across the world [than at Termas de Rio Hondo], so in these conditions in the worst moments of my feelings we are in the top five.

“The speed is there, but in three races with good speed we are just 10th in the championship. It’s painful, it’s disappointing.”

Espargaro believes if he stayed up right in Argentina he was on to at least finish fifth, but a lack of rear grip at Termas meant he was suffering under acceleration and overstressed the front under braking – which led to his Turn 2 crash.

“Yeah, I’m disappointed,” he added. “We were not fast enough during all the weekend, but even like that we were doing an OK race – fourth, following Alex [Rins].

“I think as maximum bad we would have finished P5, and this is not bad at all given how we struggled and the bike is not work as in the test.

“We are struggling quite a lot with the rear grip on entry, but for sure here it was massively better with this casing of this year.

“But even like this I couldn’t end the race. I tried to recover all the time to Rins on the brakes and finally I ended up on the floor.”

Share
Facebook
Twitter
Pinterest
WhatsApp
Previous articleTough talk from the Fed is roiling markets. Here’s what it means for earnings
Next articleTony Hawk Breaks Another Body Part, Has No Plans to Retire – Extreme Sports X
- Advertisement -

Musk met Twitter execs for 3 days before making a bid, unclear if they discussed bots