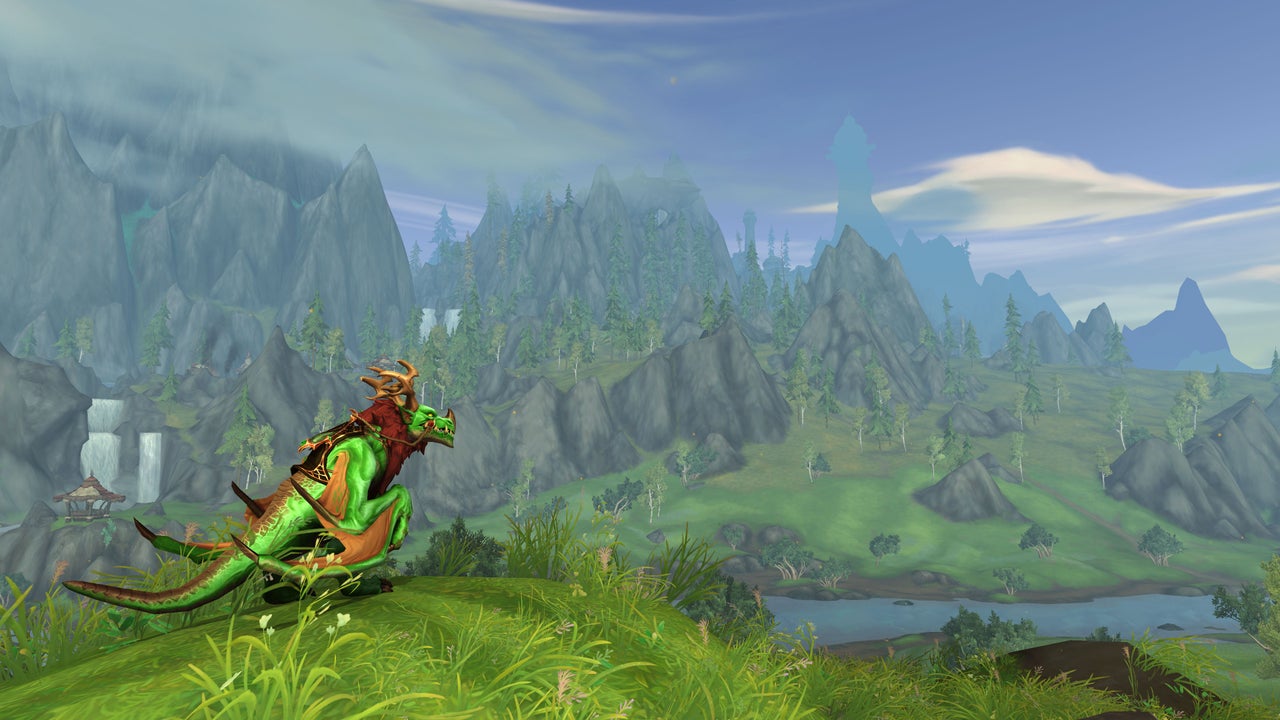 
World of Warcraft’s dragons come in all shapes, sizes, and colors, but historically, its most important and interesting dragons have been, well, really darn big. So it’s unsurprising that their home in WoW’s upcoming Dragonflight expansion, the Dragon Isles, needs space for all of them to hang out.

Which is why, according to production director Patrick Dawson, the Dragon Isles are the biggest continent Blizzard has ever made for an expansion.

“This is the biggest expansion continent we’ve ever done, and that was designed with dragon riding in mind so you can traverse it a little more simply,” Dawson tells IGN. “It’s the land of dragons. They need space.”

When you think of pure geographical size, it’s easy to limit that scope to just horizontal size, but critical to Dragonflight’s alleged enormity is its verticality. The Dragon Isles are built for dragon riding, one of the biggest new features being added this expansion, so there need to be enough heights, valleys, and open spaces for WoW players to rapidly zip, flip, and barrel roll all over the continent.

In fact, the Dragon Isles are so expressly designed around dragon riding that Dawson says Blizzard is unlikely to ever break the feature out of Dragon Isles and take it to other zones, though it’s certainly considering bringing the existing flight feature into the isles at a later point if it makes sense.

For now, Blizzard is focusing on getting the feel of dragon riding just right. In our preview of the pre-alpha, our dragons only knew a couple of flight tricks, but Dawson reassures us that we’ll unlock plenty more flight abilities as the story progresses and won’t always be running out of stamina at the bottom of a hill.

And because the Dragon Isles are so large and flight-focused, he hints that Blizzard may have taken some cues from Mists of Pandaria’s cloud serpent riding and the unique flight side quests and minigames that came with that to give dragon riders more activities to do across the isles.

“I think there’s some stuff we’ll show in the alpha and some stuff maybe we’ll hide and keep back so players can experience it for the first time in release,” he says.

Blizzard is on the cusp of opening up its alpha to the first wave of players, so we’re sure to hear more about Dragonflight in the coming weeks. For now, you can check out our full preview of what we’ve seen so far, and hear more from our interview with Dawson on how Dragonflight is building more evergreen updates than expansion-specific, and why the studio is making big changes to how it tests new content.