Dovizioso has “no regret” turning down Aprilia MotoGP offer 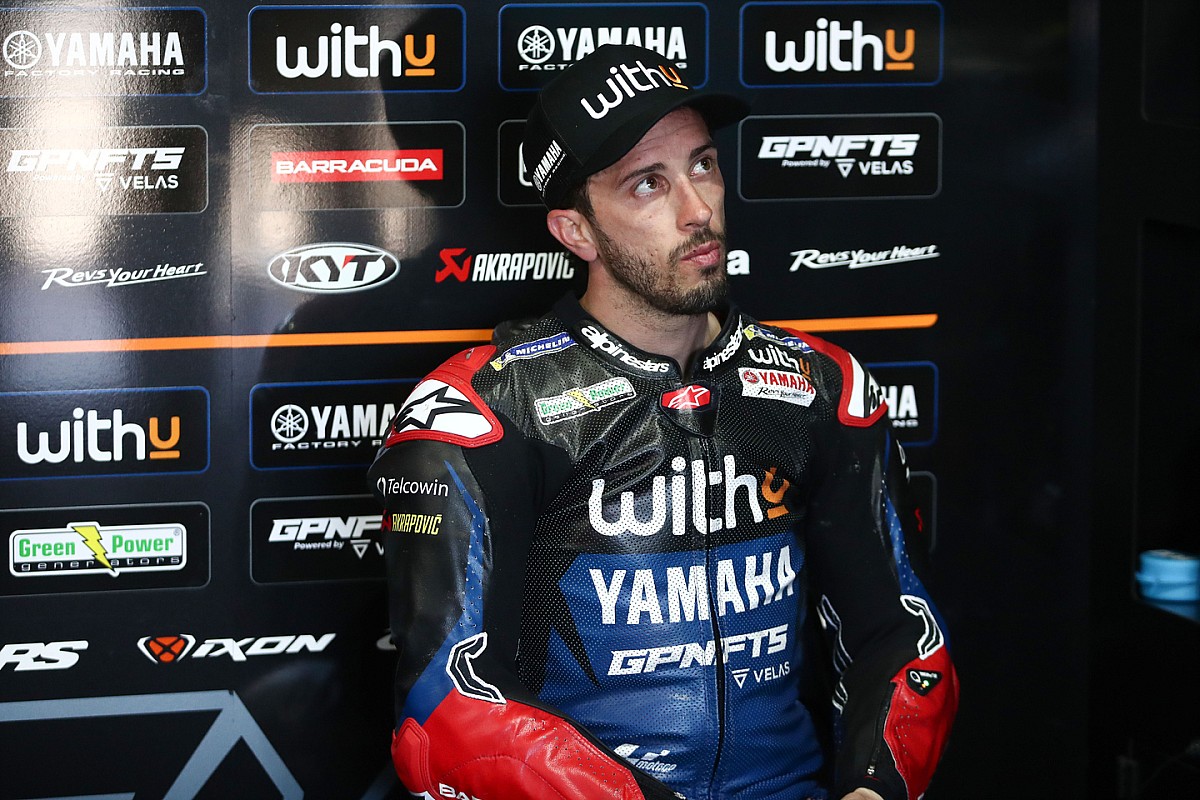 
The 15-time race winner was approached by Aprilia to race for it in 2021 after losing his ride with Ducati at the end of the 2020 season.

Dovizioso declined, but would carry out a brief testing programme with the marque in the first half of 2021 before signing for Yamaha to race with Petronas SRT and the rebranded RNF Racing squad in the final rounds of the year and for 2022.

Speaking ahead of this weekend’s Americas Grand Prix in Texas, Dovizioso says he doesn’t regret turning down Aprilia and says its new success doesn’t necessarily mean he also would have won with the RS-GP.

“There is no regret. But not because I wouldn’t want to be with Aprilia,” he began. “On the contrary, I am very happy with the result they have achieved, because in the short time I have been with them I have seen that there is a relaxed and productive atmosphere, so I am very pleased.

“I also want to congratulate Aleix, because in the end he brought the bike to the finish line, but I am very happy for Aprilia.

“It’s not like if the Aprilia is winning, I was going to win on the Aprilia. If we make that argument, I’m racing a world champion bike.

“If you want to have bar talk, we can have bar talk. But if we look at the details there are always explanations as to why certain things happen.”

Dovizioso’s testing role with Aprilia was thought to lead to a full-time return in 2022 with the marque before that seat went to Maverick Vinales.

But the Italian has revealed that the talks he held last year likely only would have amounted to a full-time test rider role.

“Again, I’m just so happy that Aprilia had this beautiful weekend last week, because they were good and they deserve it,” he added. “My talk with Aprilia was something else: there was a possibility that I would stay with them, but I would have probably been a tester and not raced.

“But it was my decision, so it’s fine. I don’t see this result as a disappointment, because I’m not a rider who tells himself lies.

“So, I can’t say that if I had been with Aprilia, I would have won, because things don’t work like that.”

Espargaro’s win came off the back of a strong start to the 2022 season with the updated RS-GP and is sure that form will continue into Texas.

However, the Spaniard says he is under no illusions that this weekend “will be completely different” to Argentina and can’t expect a repeat.

“I have no doubt it’s going to be completely different,” he said. “I was very happy to win in Argentina but the thing that makes me more happy is that we showed in the three first rounds that we are very competitive, that I feel good with the new bike, that the new bike is a lot better.

“The proof was that I was also able to overtake Jorge [Martin] on the Ducati in the straights, so it means that overall the Aprilia grows up a lot. This gives me a lot of positive energy for this America round.

“I know it’s not going to be an easy round, I know in Portimao and Jerez it’s going to be easier for me and my bike, but this is a challenge. This weekend is a big challenge for me and I love the challenge, so I can’t wait.”