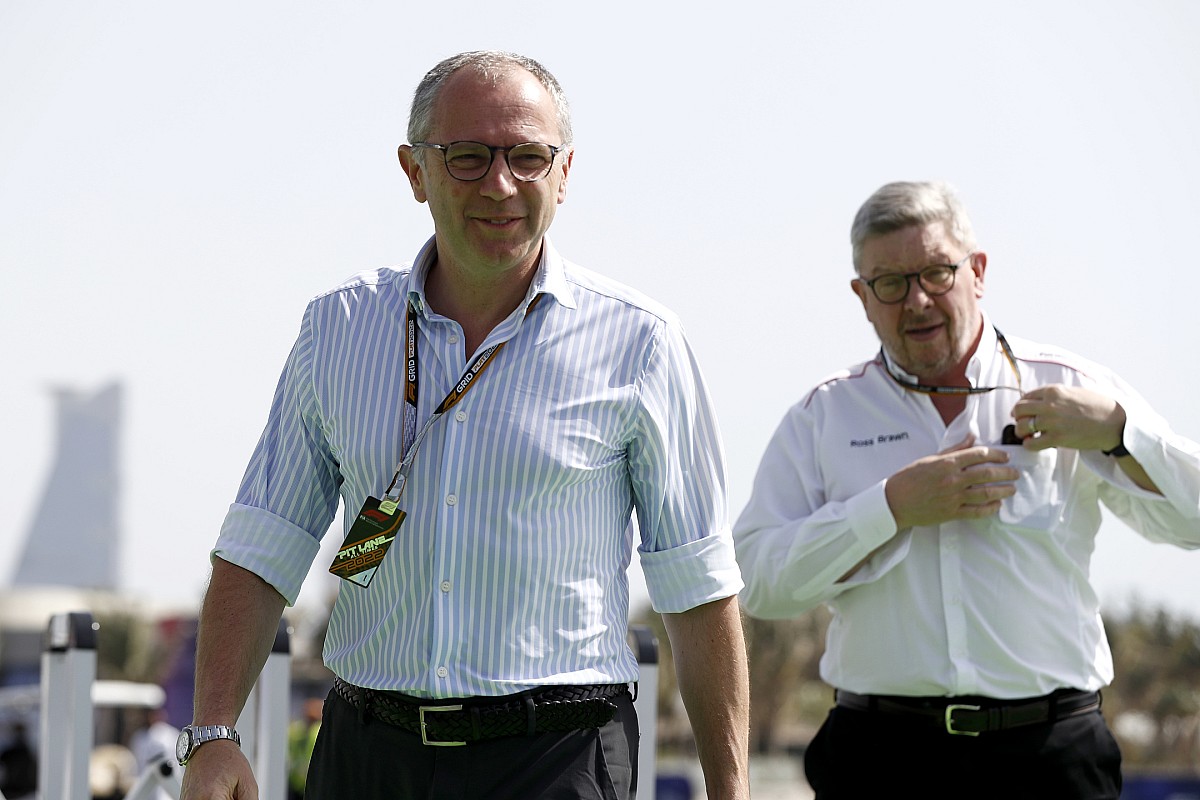 
F1 announced last week that it would be adding a third grand prix in the United States to the calendar from next year, unveiling plans for a nighttime street race in Las Vegas.

The addition of the Las Vegas Grand Prix comes ahead of this year’s inaugural event in Miami. The new races join the existing United States Grand Prix in Austin, Texas, and all three have multi-year deals in place.

Interest from the US fanbase has grown significantly in recent years, aided by the success of the Drive to Survive series on Netflix. But there has not been an American driver racing in F1 since Alexander Rossi’s spate of appearances for Manor towards the end of the 2015 season.

Speaking at the launch of the Las Vegas race, F1 CEO and president Domenicali said that while securing an American driver was “important”, it also “has to be real”, and was wary of something that was not long-lasting.

“It’s important, because of course people are making the difference,” Domenicali said.

“They are the protagonists that everyone is connected to, with their faces, it is something that is always a reference.

“But it has to be real. It has to be quick, otherwise it will be a boomerang. That is why we are also working with the American federation to invest in that.

IndyCar frontrunner Colton Herta will be testing the 2021 McLaren F1 car this year.

“It’s for sure a journey that is not easy to accomplish. It will take time, but it is in our focus. It will have for sure a very big effect.

“That is why we are working together, respecting the roles, but from the commercial point of view or from the organiser or promoter point of view, who wants to develop the business in the US.”

Liberty Media CEO Greg Maffei highlighted that F1 already has an American team in the form of Haas, which is owned by NASCAR team co-owner Gene Haas and has a base in Kannapolis, North Carolina.

“I think having an event like this in Las Vegas, all the other things that we’re doing in the US, it’s only going to get more likely that we soon have an American driver,” Maffei added.

Interest remains from IndyCar team owner Michael Andretti over setting up an F1 operation, for which he has already pledged to field an American driver in the form of Colton Herta. Herta will test a McLaren F1 car this year as part of a development agreement in place with the team.

The most recent full-time American driver in F1 was Scott Speed, who raced for Toro Rosso through 2006 and the first half of 2007 before being dropped by the team mid-season.