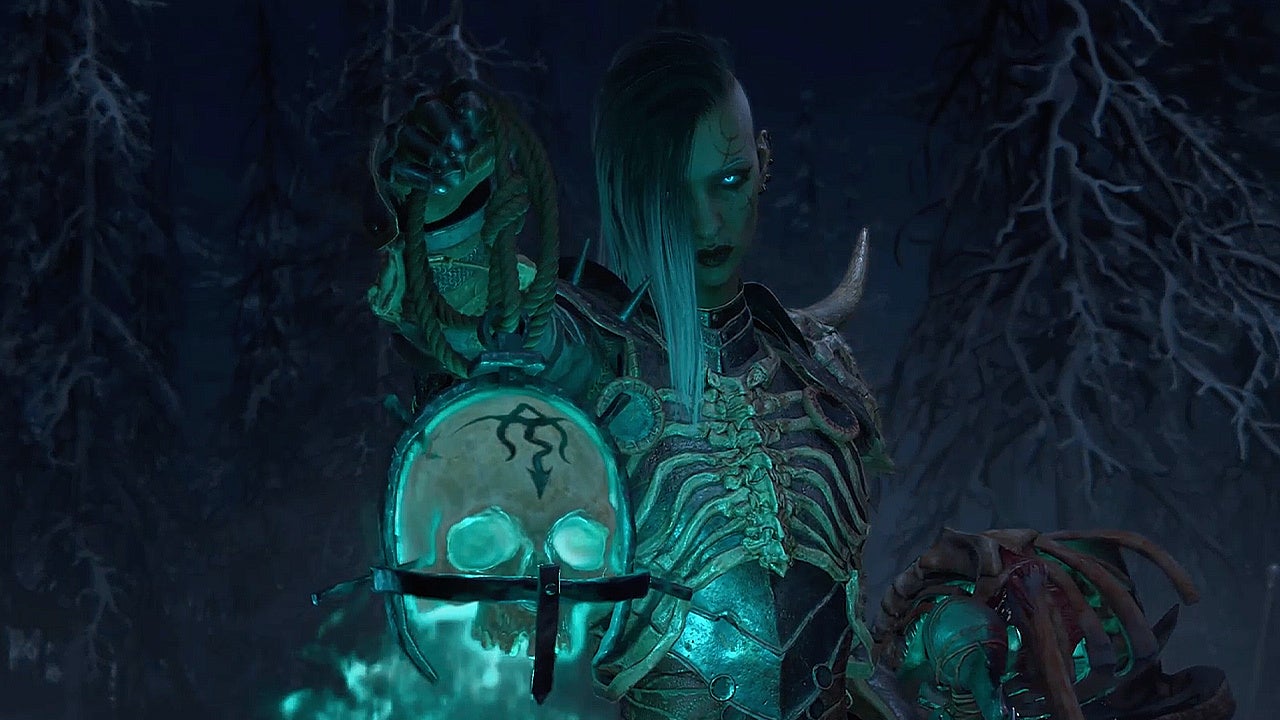 Diablo 4 will be arriving in 2023, it was announced during today’s Xbox & Bethesda Games Showcase. Blizzard also confirmed that the Necromancer will be reintroduced as the “fifth and final” class for Diablo 4.

Diablo 4 will also feature cross-play and cross-progression for all platforms, it was announced during the showcase. It will be available on PC, Xbox One, and PlayStation 4, as well as the Xbox Series X/S and PlayStation 5.

Blizzard also showed off some new gameplay footage, which showcased Diablo 4’s open world, as well as The Necromancer class. The Necromancer joins previously announces classes like The Barbarian, Sorceress, Druid, and Rogue.

As in previous games, the Necromancer utilizes bone and blood spells, along with undead minions they can summon into combat. Like other Diablo 4 classes, players can fully customize their Necromancer and armor and explore their skill tree to unlock new abilities.

Diablo 4 is a long time coming. Diablo 3 was released 10 years ago, and its sequel was announced in 2019. The new game is aiming for a darker, grimmer look and turns the dungeons of old into a full open world.

Just hours before the announcement at the showcase, Blizzard opened pre-registration for Diablo 4’s beta period.