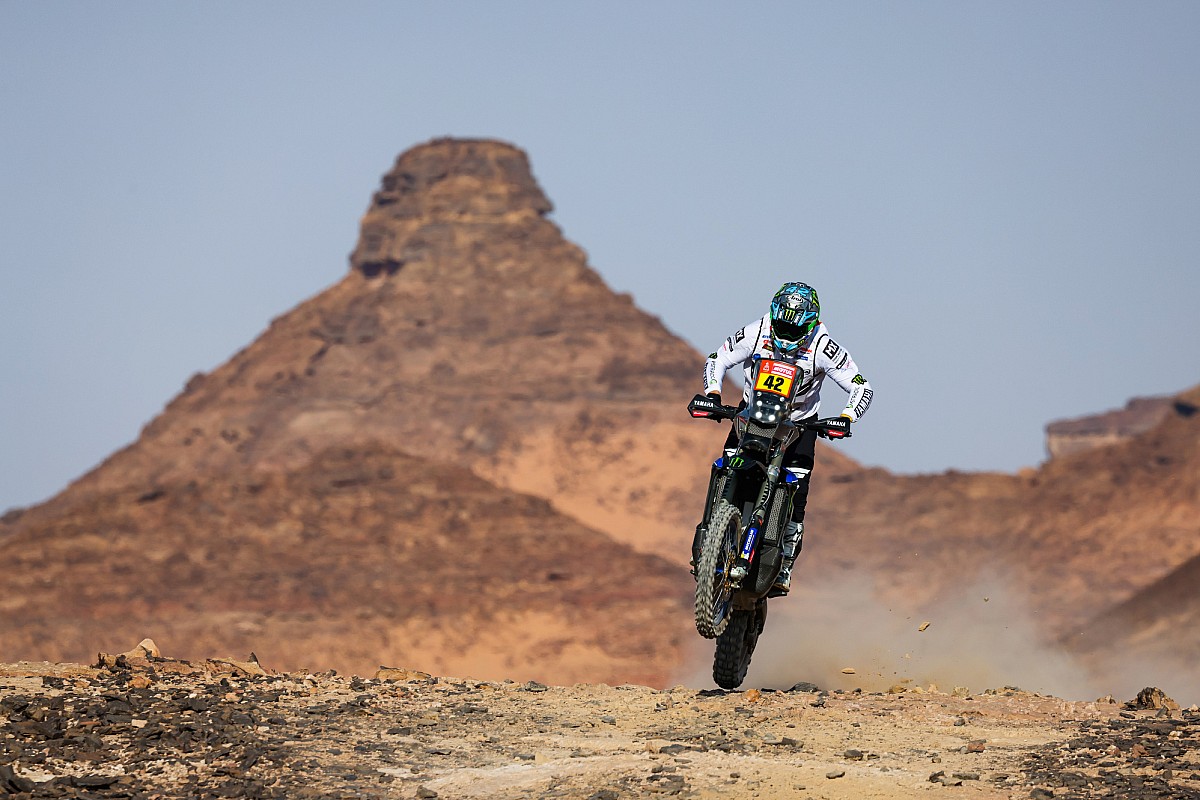 But with the fourth-fastest stage time, the Frenchman leapt into the spot for the second time in Saudi Arabia, and will take an advantage of four minutes and 15 seconds into the final two days.

Taking honours on Stage 10 was Price, who seized the advantage at the 258km mark to take his first win of the rally – and his second on the road after he lost his Stage 5 victory to a speeding penalty.

The Australian’s nearest rival was Luciano Benavides, who was 2m09s adrift on the sole remaining factory Husqvarna.

Honda’s Joan Barreda had commanded much of the stage but lost a chunk of time around the halfway mark, albeit recovering to finish third and a little over three minutes adrift of Price.

The Spaniard’s teammate Pablo Quintanilla by comparison could only manage 10th on the day, but has jumped up to second in the general classification behind van Beveren.

Behind the pair sits GasGas rider Sam Sunderland, who was only 19th-fastest on the stage but remains 5m59s off the lead.

Barreda is now fourth overall, 6m47s back, while overnight leader Walkner has slipped to fifth place after giving away just under 16 minutes on the stage, albeit only 8m24s behind van Beveren.

Price has gone from ninth overnight to sixth, also gaining from the retirement of KTM teammate Kevin Benavides, but faces a daunting 27-minute deficit with just two stages to go.

Sherco rider Lorenzo Santolino was fifth on the stage, but a 15-minute penalty for an engine change awarded following Tuesday’s stage has left him down in 11th overall ahead of Stefan Svitko, who was given a similar punishment.