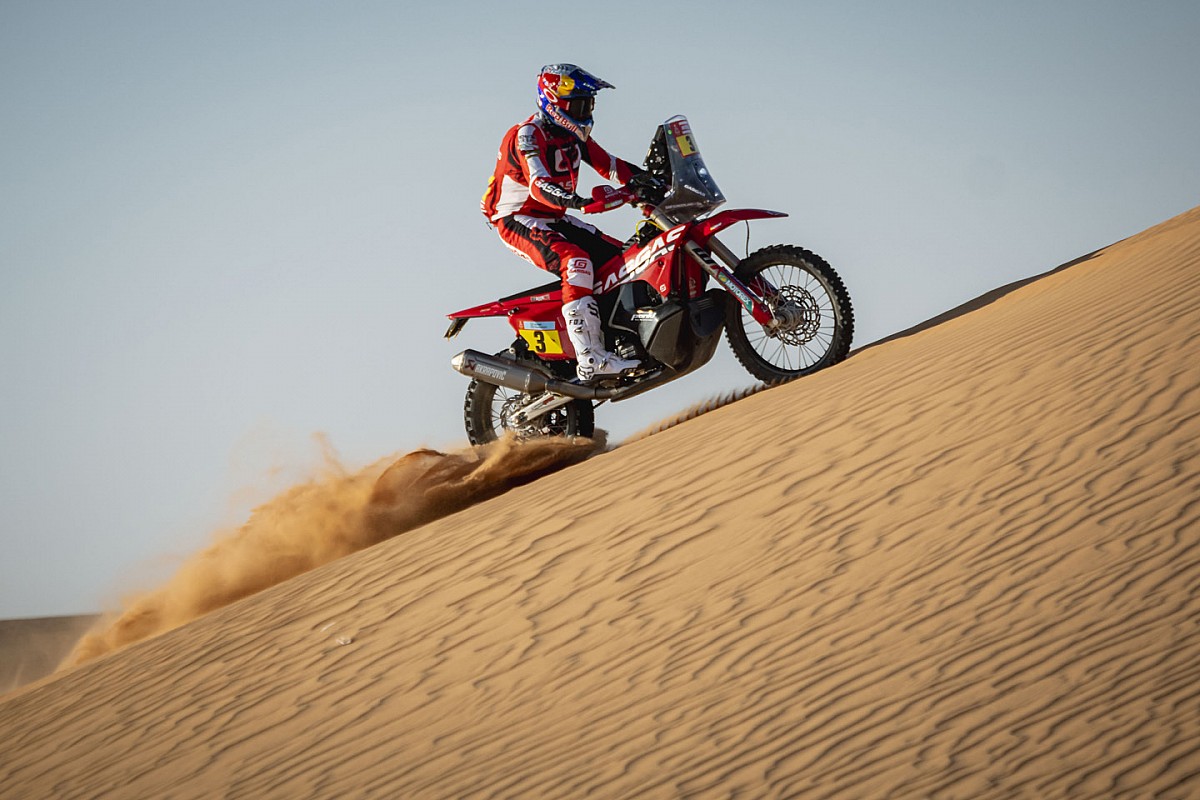 Sunderland went into the relatively short 164km run from Bisha to Jeddah of nearly seven minutes over his nearest rival, Honda’s Pablo Quintanilla.

Despite running second on the stage, Sunderland did enough to maintain his advantage to the finish, dropping just 3m25s to stage winner Quintanilla to beat the Chilean by 3m27s in the final standings.

It marks Sunderland’s second triumph on the Dakar, adding to his 2017 success, and a first in the event’s Saudi Arabian era for the KTM group – ending a run of two wins for Honda.

Matthias Walkner completed the overall podium for KTM behind Quintanilla, 7m43s down on Sunderland.

Dubai-based Briton Sunderland had controlled the 2022 edition of the Dakar most of the way, first seizing the advantage on Stage 2 and holding a small lead over the chasing pack into the rest day.

A difficult Stage 7 dropped Sunderland down the order, but he soon fought back to win Stage 8 and take back the top spot. He was briefly usurped by Adrien van Beveren after Stage 10, but a close second on the penultimate stage proved to be the decisive blow in the fight for overall honours.

Van Beveren, who slipped 15 minutes behind Sunderland on Stage 11, cemented fourth overall for Yamaha, while Joan Barreda rounded out the top five on the second of the factory Hondas.

Another Honda rider, Ricky Brabec, was sixth overall after missing out on the final stage win of the rally by just five seconds to Quintanilla, while Jose Ignacio Cornejo ensured all four of Honda’s works riders finished in the top seven.