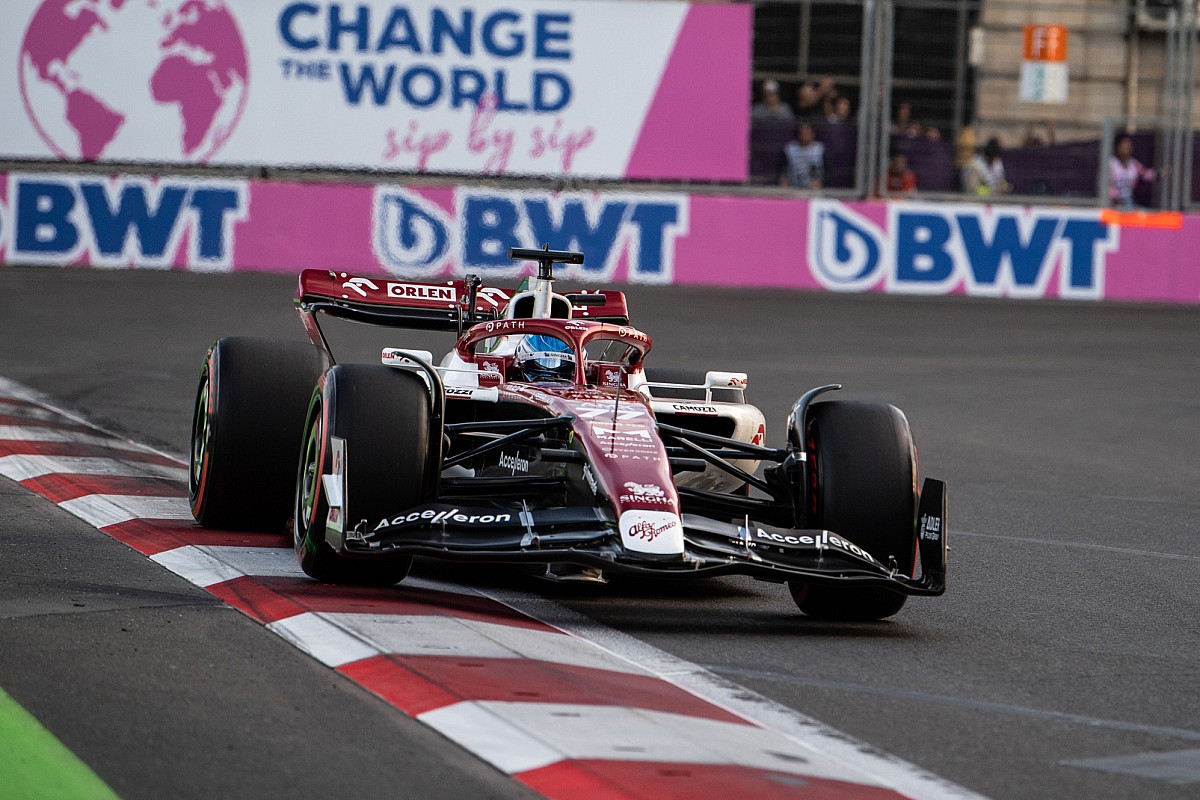 
Bottas endured a frustrating weekend in Baku after his pace completely vanished from Saturday onwards. In the race, he was a sitting duck, finishing a lapped 11th while teammate Zhou Guanyu was on course for points until he retired with a technical issue.

On Friday, Bottas finished one tenth ahead of Zhou in each practice session. After swapping to Alfa’s new specification on Saturday morning, the Finn was suddenly seven tenths slower than the Chinese rookie in FP3 and Q1, and six tenths behind in Q2 as the pair qualified 14th and 15h.

Bottas said he was at a loss to explain why his weekend went down the drain but is convinced a fundamental issue with some of the new parts he switched to is behind his disappearing pace.

“I wish I knew, it almost feels like something is fundamentally wrong because we were so off the expected laptimes and pace, even Williams were faster than us at the end of the race which is not where our car should be,” Bottas said when quizzed by Motorsport.com on his lack of pace.

“We changed from the old package to the new package for Saturday, and since then the issue started with the behaviour of the car. We’ll have a look, I’m pretty convinced we’ll find something.

“From Friday to Saturday, it just felt like we lost rear grip, which is a bit strange because with the parts we changed it should have been increasing the rear end. So we need to find out what’s gone wrong.

“I had no chance to match Zhou’s laptimes today, he was in another league, almost one second faster which for me is quite strange.”

Alfa Romeo’s head of trackside engineering Xevi Pujolar explained that both Bottas and Zhou ran the exact same configuration from Saturday onwards after the Hinwil team had completed Friday with a previous spec as a precaution, which reinforced the idea that there was an underlying issue on Bottas’ car.

“Since Saturday we started to have some question marks on Valtteri’s car,” Pujolar explained. “And today it was clear that something is wrong. We need to understand what it is at the moment, but we can see that something is not right.”

“Both cars are certainly the same configuration, I would say it’s the same setup, everything was the same. There’s something that not working as expected.”

With a short turnaround to this weekend’s Canadian Grand Prix in Montreal, Pujolar said the team will try and change as many parts as possible to find the root cause as it doesn’t have time to pour over each individual part.

“Probably what will happen is that we’ll have to change as much as possible to fix the problem, but that’s the limitation we have got in such a quick turnaround,” he added.

“So, we’ll just try to change as much as possible to make sure that we start back to with our normal or expected performance.”