Bottas: Nothing I could do to avoid Turn 1 smash after mistake 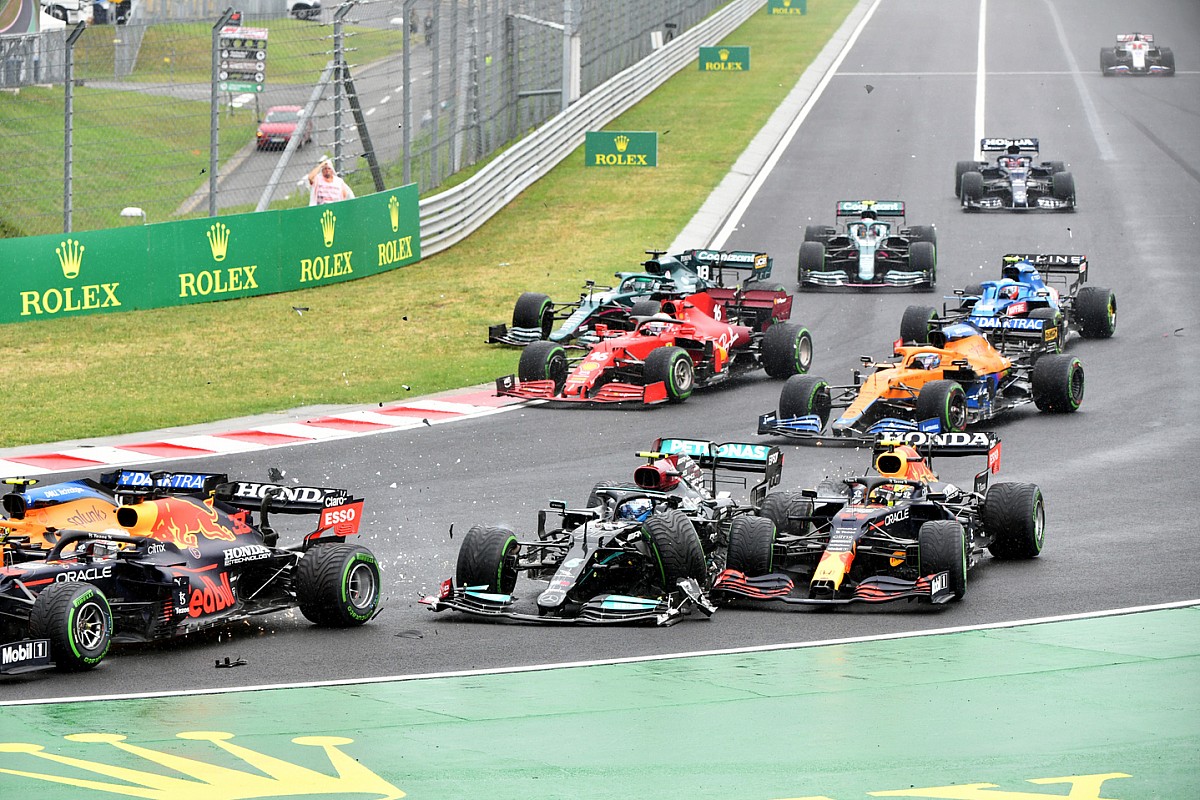 On a damp track Bottas made a bad start with lots of wheelspin on his intermediates, and lost control under braking for the first corner.

Of the four only Verstappen was able to take the restart after the red flag.

The Finn received a five-place grid penalty for the next race in Belgium after being deemed guilty of causing a collision.

He accepted responsibility for the accident and explained that once he outbraked himself he was powerless to avoid slamming into the back of Norris.

“Obviously my mistake,” said Bottas. “I was the one coming from behind, and it’s up to me to brake early enough.

“But I misjudged the braking point. It shows it’s not so easy in those conditions to brake, but I should have braked earlier.

“When I started braking I was closing in, and then I locked the wheels and I hit Lando and that caused the whole mess.

“It was hard to judge where to brake. And when I did, I quite quickly noticed it was too late and then after that, there’s nothing you can do.

“Just calculating the braking point, trying to figure out how much grip you have, it’s not easy.”

Bottas, who apologised to Norris and Perez, conceded that he may have been distracted by Norris passing him on the inside off the line.

“Possibly a little bit. You lose a little bit the sense of where you actually compared to Turn 1,” he said.

“But that’s racing, and I should have braked earlier.

“It is hard with the spray and not exactly knowing how much grip there is, especially when you are right behind someone you lose quite a bit of grip.”

Bottas dropped behind Norris in the first place because of a poor getaway, saying he dropped the clutch at the right time for the conditions but still had to contend with wheelspin.

“We have certain kind of targets where to drop the clutch for inters, for dries, for wets,” he explained.

“And I could see that I lost some temperature of the tyres in the formation lap. That could be the cause, but yeah, we’ll have a look.”

Bottas said he accepts the grid penalty for Spa in the knowledge that it won’t be as big a handicap as at some other venues.

“I’ll take it, obviously it’s not ideal, but at least in the next race it is possible to overtake so it’s not like the weekend is over,” he added.

“It’s just going to make it more difficult but if that’s the decision, that’s what it is.”