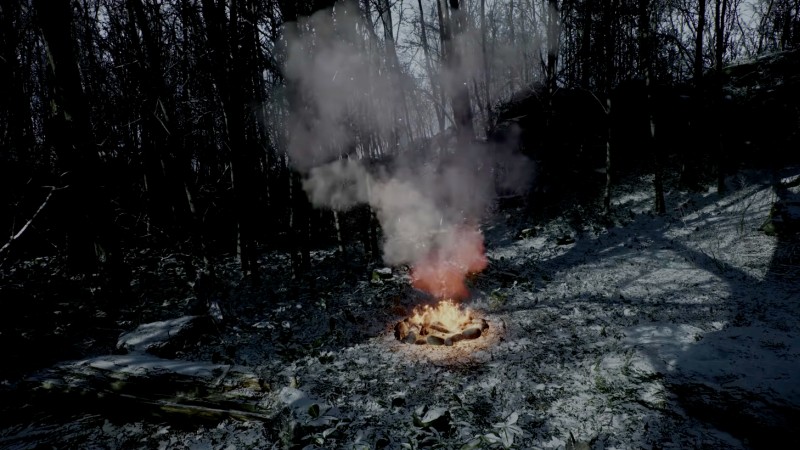 
Blue Box Game Studios revealed Abandoned, a PlayStation 5-exclusive survival horror game, in April of last year and since then, it’s been on a ride, and not a particularly great one.

After people began to speculate that Abandoned was actually a new Silent Hill game, Blue Box definitively shut the rumors down. Then, some began to speculate that somehow, Hideo Kojima was behind Abandoned and Blue Box – Blue Box was seen as “BB,” like the term used throughout Death Stranding. Despite Blue Box saying it was not associated with Hideo Kojima, the studio leaned into it, posting an image of a hidden face with a very Metal Gear Solid-esque eye patch.

Blue Box reiterated that it was not associated with Kojima and a few days later, people spotted another tie between the famed director and the studio. Things subsided for a few weeks and then Blue Box posted yet another thing that caused people to further speculate on the Blue Box-Kojima connection. Since all of this, Blue Box’s playable Abandoned prologue has yet to be released as promised in Q1 of 2022 and speculation that Abandoned had been canceled began to rise.

However, in a new statement from Blue Box, the studio has addressed these cancellation rumors. Here’s what it says, in full:

“Recently, we have been bombarded with requests and questions regarding the development status for Abandoned. In regards to the latest rumors regarding Abandoned being cancelled, our response to this is that these rumours are false. We are working on the reveal via the Realtime Experience app and online channels along with the Prologue of the game. These were initially planned for Q1 2022 but unfortunately, we aren’t ready yet as we have underestimated our development roadmap. Therefore we have delayed the reveal and the release for Abandoned: Prologue. We will release Abandoned: Prologue when it’s stable, good, and ready.

“We are aware of your frustration and we deeply, sincerely apologize for this. We will continue to work on the game and we will notify you when we are ready.

For more about the game, be sure to check out Game Informer’s Abandoned hub.

Are you excited for Blue Box’s Abandoned? Let us know in the comments below!