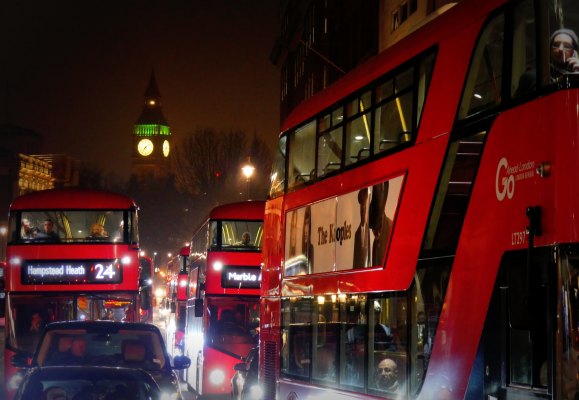 
Apps catering to frontline workers are seeing a surge of interest in the market these days, as businesses finally start to wake up to using tech to better connect with these employees, and investors eye up an interesting and new growth opportunity in enterprise IT. In one of the latest developments, Blink — a startup and app of the same name that provides a platform for frontline workers to use and engage with the various IT services used by their organizations, as well as with each other — has picked up $20 million, a Series A that is being led by Next47, with participation from early investors Partech and TechStars. Blink has confirmed that the funding values it at $100 million.

The startup will be using the capital to double down on growth. Blink was founded in London — where it has found strong traction with metropolitan bus networks (where some 5,000 bus drivers are using the Blink app) and the NHS (where thousands of front-line workers in clinical and non-clinical roles are also on Blink). Those users are very engaged, CEO Sean Nolan tells me, with some 72% of all users opening it on average 13 times a day to check things like pay slips, shift rostering, holiday and overtime pay, to chat with each other and read their company’s latest announcements.

Now Blink is planning to relocate its HQ to New York to better tackle the U.S. The global opportunity is a big one with an estimated 2.7 billion people working on the front line, according to the company. Blink currently has some 93,000 users, so there is a lot of growing to do.

After years of being overlooked in favor of so-called knowledge workers — those who sit at screens day in, day out and are more likely to be using software all the time — frontline workers are experiencing a kind of renaissance in the world of enterprise IT. There are now a number of companies building solutions to provide more digital solutions to them, whether it’s a platform to help them find work, or any number of communication and productivity apps. Just last week, one them — another frontline worker productivity app called When I Work — raised $200 million. Others include Workplace from Meta (fka Facebook); Microsoft’s Teams; Homebase, which raised $71 million earlier this year; Workiz, which focuses on home services pros; WorkWhile; Yoobic (more of a productivity platform for frontline workers currently); Crew (which Square acquired earlier this year); and Justworks (which in September filed to go public).

Nolan said that Blink’s particular approach has been to try to create a user interface, and functionality, that caters both to asynchronous activities as well as real-time information, the idea being that front-line workers are most likely not going to be looking at the app continuously throughout the day, so the priority for making sure important things surface when they do is especially higher.

The company has built some functionality, such as its chat feature, in-house, but otherwise its strategy is to integrate, integrate, integrate. It has built APIs and flows to bring in the most popular software used by its customers so that essentially when a user wants to access documents or information from any of them, that person logs in with a single sign-on process to do so, and then essentially uses the other app within the Blink experience.

The company is planning to hire some 40 more people in New York as it looks to double its base of 60 employees to 120.

“Today’s top enterprise software companies are reexamining the way we work; Blink is uniquely positioned to lead in this category for frontline workers”, said Daniel Kirchleitner, Partner at Next47, in a statement. “We’ve been blown away by their customer feedback and results so far, especially the impact on employee retention. We look forward to partnering with the Blink team as they continue their expansion into the US market and beyond.”