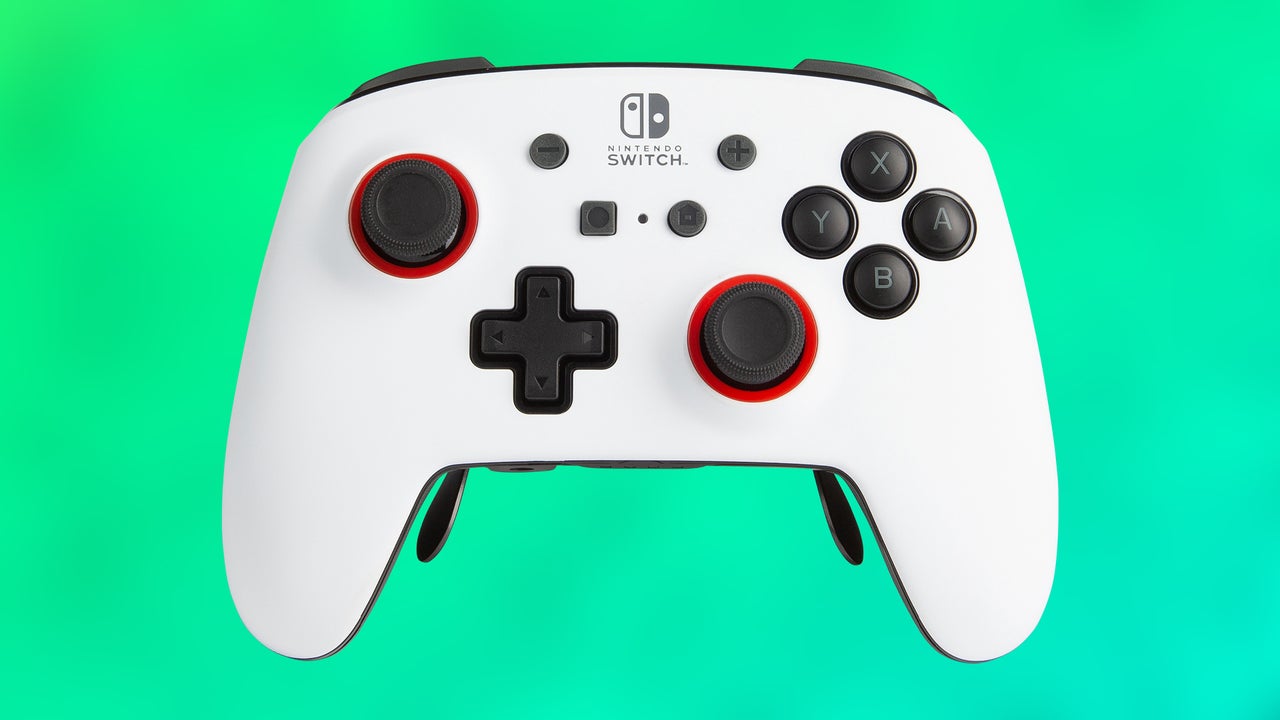 When it comes to controllers, Nintendo is top dog, cream of the crop, king of the hill. But, there are corners of the game controller market that even Nintendo doesn’t dominate in. That’s where we come in, having collectively tested each of the below Nintendo Switch controllers we recommend for some specific use cases. (However, we still mostly recommend Nintendo-made stuff — it’s just that well designed.)

Whether you’re a big fighting game nut, you need some ergonomic assistance, or even just use the Switch as a Smash Bros. box, we’ve got you covered with these well-tested recommendations.

TL;DR – These are the Best Nintendo Switch Controllers:

For just about any Nintendo Switch game that you’re looking to play seriously, Nintendo’s very own $70 Pro Controller for Switch is – if not the best option – comfortable and effective to get you by in any game.

Since its start as a video game hardware maker, Nintendo has consistently designed excellent controllers. The Nintendo Switch Pro Controller is the same with its large face buttons, tactile triggers, and trademark (literally) D-Pad for the best retro gaming. Although children under 6 years old might find it a bit too large.

The Switch Pro controller also features HD rumble, so you won’t miss anything while having your system docked. We also find the battery life to be quite generous, living well up to the measured 40 hours per charge.

This might sound a bit redundant, but Nintendo’s own $80 Joy-Cons truly make the Switch’s magic. Yes, that’s even considering Joy-Con drift.

They’re essential to how the console works both in docked and handheld modes. You can play games with both Joy-Cons slotted into the system or wirelessly while you have it sitting on a table or docked with your TV.

You can even share Joy-Cons with friends by turning them sideways to act as tinier standard controllers, though we strongly recommend keeping the straps handy for a bit more to hold onto while playing this way.

While the Nintendo-issued Joy-Cons are fine for most people, perhaps you need something more ergonomic for playing handheld. The $50 Hori Split Pad Pro is licensed by Nintendo and features a much wider area to help you hold on while playing on the go.

The ergonomics go further with larger buttons everywhere, alternate shoulder triggers placed with reach of your middle or ring fingers, and a turbo setting for fewer button presses.

However, these alternative Joy-Cons only work while connected to the Switch. You cannot use the Split Pad Pro controllers wirelessly, so game modes in which you need to share individual Joy-Cons are not supported.

With the $66 PowerA Fusion Pro, you can truly customize the controller to your specific needs for comfort and better performance. However, you do lose the rumble pack inside compared to Nintendo’s own Pro Controller, and the battery lasts about half as long: 20 hours.

That’s a trade-off you’ll have to consider going in and weigh the benefits. Those include swappable magnetic faceplates, multiple joysticks to choose from, additional customizable rear trigger paddles, and motion controls for games that support it.

With that many options to tailor the controller to your specific gaming needs, you’re getting quite a bit to make up for the loss of rumble and shorter battery life.

Since you’re not likely to play on Nintendo Switch in a fighting game tournament (unless it’s Smash Bros.), we heartily recommend the $90 8BitDo Arcade Stick for fighting games on the console.

Not only does this fight stick have lovable retro stylings, but it’s also customizable with support for Sanwa parts. The stick also automatically recognizes whether it is connected to a Switch or PC — wired or wireless — and instantly changes button assignments.

The Arcade Stick can store two profiles worth of button assignments, for either different platforms or different games, with digital icons that change between profiles. Lastly, the stick includes turbo support and its battery can last for up to 40 hours on a 2.4GHz wireless connection or 30 hours on Bluetooth.

While not the first controller for a Smash Bros. game, the Nintendo GameCube Controller solidified itself as the gold standard almost immediately back in 2001.

The strange button layout of the GameCube Controller – with gray, jelly-bean shaped X and Y buttons surrounding a green, oversized A button and a red, shrunken B button – inherently makes playing Smash Bros. easier. For instance, quickly jumping and making air attacks, as well as pulling off smash attacks with the yellow C-stick, are much simpler.

While you can easily get by playing Super Smash Bros. Ultimate using a Switch Pro Controller, anyone playing remotely competitively will agree: just get the $65 GameCube controller (and the $15-to-$20 adapter) for Switch.

The buttons, direction pad, and shoulder buttons all have a click and feedback that feel quite similar to the original SNES controller. However, the extended grips and dual joysticks feel much like the first PlayStation DualShock controller, save for the additional trigger paddles underneath.

We’ve even used the Pro 2 for modern Switch gameplay and were left satisfied. This and the support for three unique button layout profiles make the Pro 2 ideal for supporting multiple retro game consoles or a mix of both classic and contemporary games.

What to look for in a Nintendo Switch controller

When looking for a new Nintendo Switch controller, the list of criteria is thankfully short, as it really just comes down to comfort and the game type at hand.

If it’s just basic Nintendo Switch gameplay, then we recommend going with Nintendo’s own options. However, if you’re looking to play a specific game type on Switch, then there’s more specific advice for you:

Fighting games: Consider a fight stick for traditional, arcade style fighting games such as Street Fighter, BlazBlue, and Mortal Kombat. We recommend the 8BitDo Arcade Stick for Switch players, but competitive players should consult our guide to the best fight sticks overall.

Racing games: We don’t have a best choice for this genre to recommend, as very few (if any) accessory makers are releasing serious racing wheels for Nintendo Switch, and neither has Nintendo.

Retro games: Players of classic games are generally looking for controllers that feel as close to the originals as possible – if not just re-releases of those very controllers. Since those are extremely difficult to come by, we recommend the 8BitDo Pro 2 for most people playing retro games on Switch.

Joe Osborne is a writer and editor with more than a decade of experience in games and tech media. You can find his work elsewhere at Insider, TechRadar, Laptop Magazine, Tom’s Guide, and more.