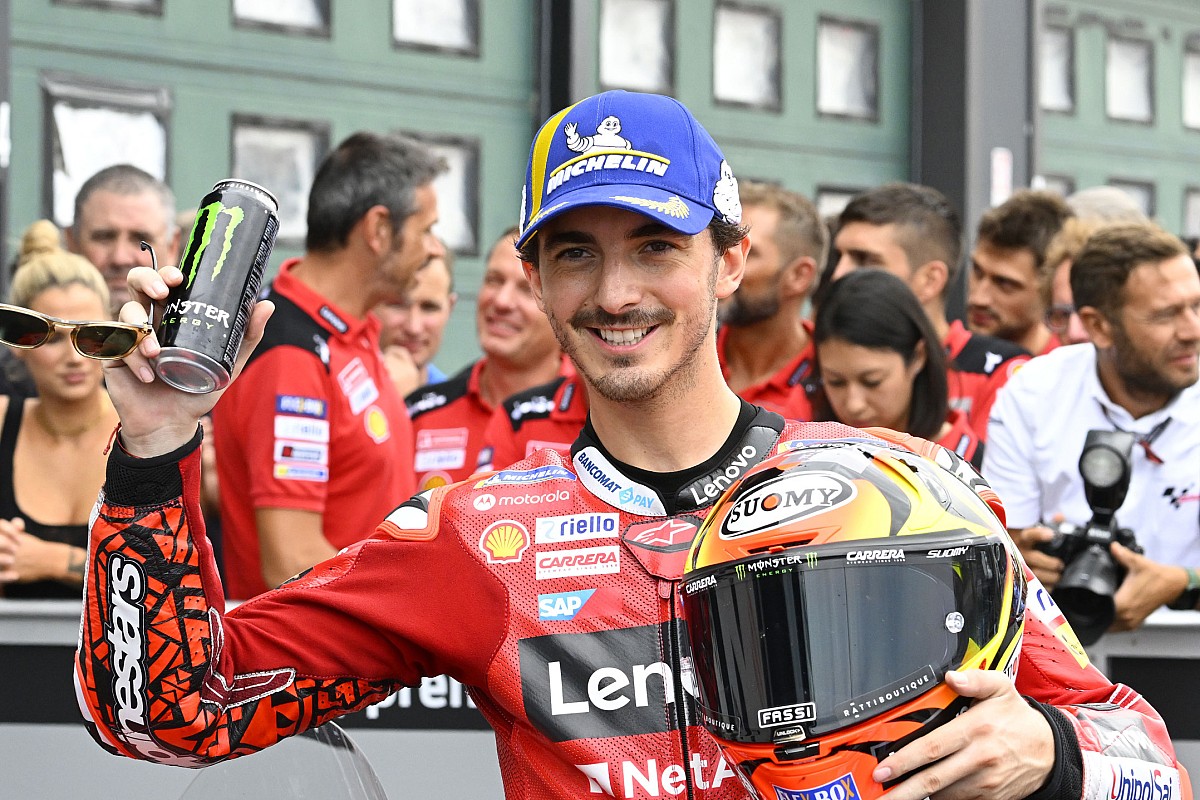 
Bagnaia came into Saturday’s qualifying session carrying a three-place grid penalty for the race for impeding other riders in FP1 at Misano.

The Ducati rider, who is 44 points behind championship leader Fabio Quartararo having won the last three races, qualified second in the iffy conditions at Misano and will drop to fifth for the grand prix.

Quartararo struggled to eighth while Aprilia’s Aleix Espargaro cautiously rode to ninth as he admitted his Silverstone crash forced him to take less risks in the conditions.

With the disadvantage of his penalty minimised by his qualifying performance, Bagnaia remains in the box seat to capitalise and further reduce his points deficit in the championship.

However, he admits he is not considering this and simply wants to focus on not making any mistakes in the race.

“I don’t want to think about this situation,” Bagnaia said.

“I just want to think on myself, focus on myself. The race here is long, and in two occasions I did mistakes in the last part of the races.

“So, I would just like to be smart, to understand the conditions.

“I would like if the conditions [are dry] but I will try to understand because Jack [Miller] has a better pace here than last year. So, he will be very strong to beat. But I will try.”

Bagnaia is still wary of the threat Quartararo poses despite the fact he will have to come from eighth and the difficulties the Yamaha faces in pack races.

“I don’t know, because it was difficult,” Bagnaia responded when asked who he sees as the favourite for Sunday’s race.

“Normally FP4 is the session where you can understand better. But today was difficult for the conditions.

“In any case, my pace in FP4 was quite good. And I think that Ducati riders will be strong, Fabio is strong and the Aprilias are strong.”

Bagnaia said earlier in the weekend that he felt his grid penalty was “correct” and feels it’s a more lenient punishment than a long lap would have been – which he wasn’t awarded due to his incident on Friday being the first transgression like that he’s made all season.