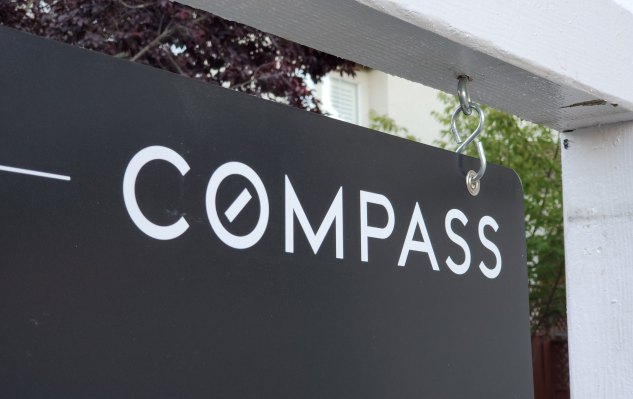 
Entrepreneur Avi Dorfman, who sued Compass seven years ago for not recognizing him as a co-founder, received a settlement and key acknowledgement today from the now-public real estate company Compass. The result comes just months before an expected trial date for the ongoing lawsuit, in which Dorfman sought a $200 million stake in the company to represent his expertise and role in shaping the business, according to court filings.

“I am pleased to have been recognized as a member of Compass’s founding team and to have resolved this dispute in a manner that is satisfactory to both sides. I wish [CEO] Rob Reffkin and the Compass community only the best,” Dorfman said in a statement to TechCrunch.

In a statement, a Compass spokesperson gave acknowledgement to “Mr. Dorfman’s work in the early days of Compass as a founding team member of the company.”

Compass, today valued at more than $6.4 billion, posted an SEC filing that indicated a charge of $21.3 million in connection with the settlement, but the total sum remains undisclosed.

Dorfman filed the lawsuit in 2014, two days after Compass announced its new $360 million valuation. Today, Compass is worth nearly 18x that valuation and is seeking funding at a $10 billion valuation.

“Despite the company’s astronomical success due, in part, to Dorfman’s significant contributions towards conceptualizing, creating, and launching the company, Dorfman was intentionally and wrongfully cut-out,” the original complaint from Dorfman said. The lawsuit also alleged that Compass misappropriated trade secrets from RentJolt, Dorfman’s company before he began working on Compass, in violation of a non-disclosure agreement.

For Compass’s part, the company argued that the entrepreneur’s lawsuit was coming from a more opportunistic place. In its motion for summary judgment, the company wrote: “Having spurned multiple offers of employment to join Reffkin’s new real estate venture, Dorfman now seeks a do-over of that decision, claiming he should be awarded tens of millions of dollars in equity in Compass — far in excess of what he could have earned if he had actually chosen to join that venture and invested his time and energy building it into the successful company it is today.”

In a summary judgement, Compass claimed that it changed its business model and “transformed from a start-up venture into a successful real estate technology company.”

This lawsuit illustrates the complex, and increasingly common, tension that can arise between founding team members during the earliest, garage-stage days of a business. Decisions can be made over drinks, ideas over a single chat, and contracts are often a step made far later into a process. Other prominent founder disputes include the Winklevoss twins versus Facebook’s Mark Zuckerberg and Reggie Brown versus Snapchat.

Arun Subramanium, a partner at Susman Godfrey who worked for Dorfman on this case, spoke to TechCrunch about the growing threat of founder disputes in today’s frenetic funding and startup formation environment.

“We’re in an ideas economy, and so there are more and more companies and successful ventures that are premised on ideas as opposed to products,” he said, compared to a few decades ago. He added that it may have been easy to understand who at Pepsi is responsible for selling a certain number of Pepsi cans per year, but now, the questions around impact are more elusive, such as: who came up with the idea for Facebook?

“As we shift into the ideas economy, it is natural that we will have more of these issues come up where a particular individual says ‘I played a role in the development of this technology, but in the infancy of the business you kind of left me on the sidelines and now, that technology, those ideas, that I helped build are extremely lucrative.”

Today, Dorfman is the founder of Clearing, a direct-to-consumer digital health startup working on chronic pain that has raised $20 million in funding to date. Compass has had a rocky time on the stock market since its debut last April, with its stock price down nearly 40% compared to its opening price.