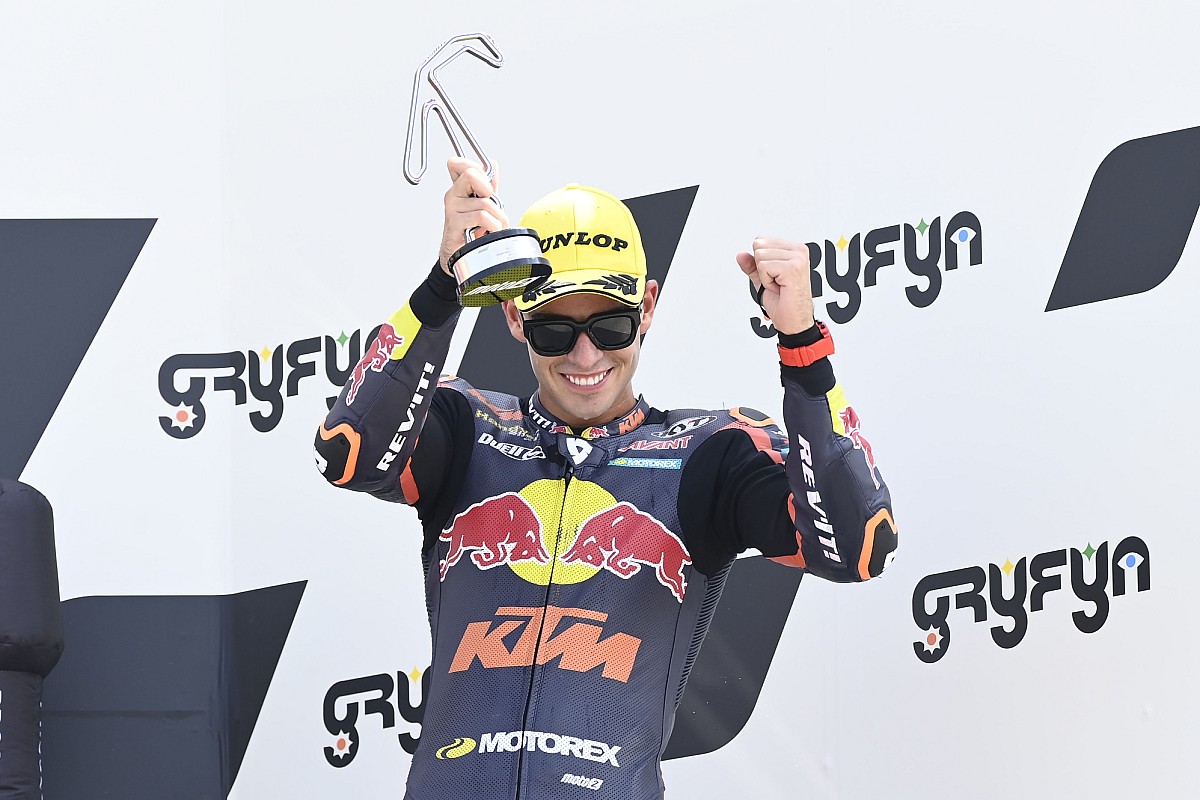 Over the San Marino Grand Prix weekend KTM signed the Spaniard to race for its GasGas-Tech 3 customer team, which will continue to employ the Austrian marque’s RC16.

The current Moto2 leader will be replaced at KTM-Ajo by fellow Spaniard Albert Arenas.

Fernandez, who is currently competing in his sixth Moto2 season, signed a deal for one yearwith an option on KTM’s side to extend it for another year.

Fernandez joined KTM-Ajo in Moto2 this year to fill the void left by MotoGP graduates Remy Gardner and Raul Fernandez.

After failing to finish on the podium in the first six races, he took his first win as a KTM rider in France and then added a hattrick of wins over the summer to take charge in the Moto2 championship, which opened the door to a MotoGP promotion.

At the time of writing Fernandez is the only rider lined up for a MotoGP debut in 2023 and he might well be the only one. His Moto2 title rival Ai Ogura is an option to replace Takaaki Nakagami at LCR-Honda, although all indications point to Nakagami being retained for another year.

Once Fernandez’ MotoGP move has been confirmed, current GasGas-Aspar rider Albert Arenas is set to replace him alongside Pedro Acosta.

That led to Aspar informing him it won’t retain his services in 2023 in order to make room for one of the team’s current Moto3 riders, the Spaniards Izan Guevara and Sergio Garcia, who are first and second in the championship.