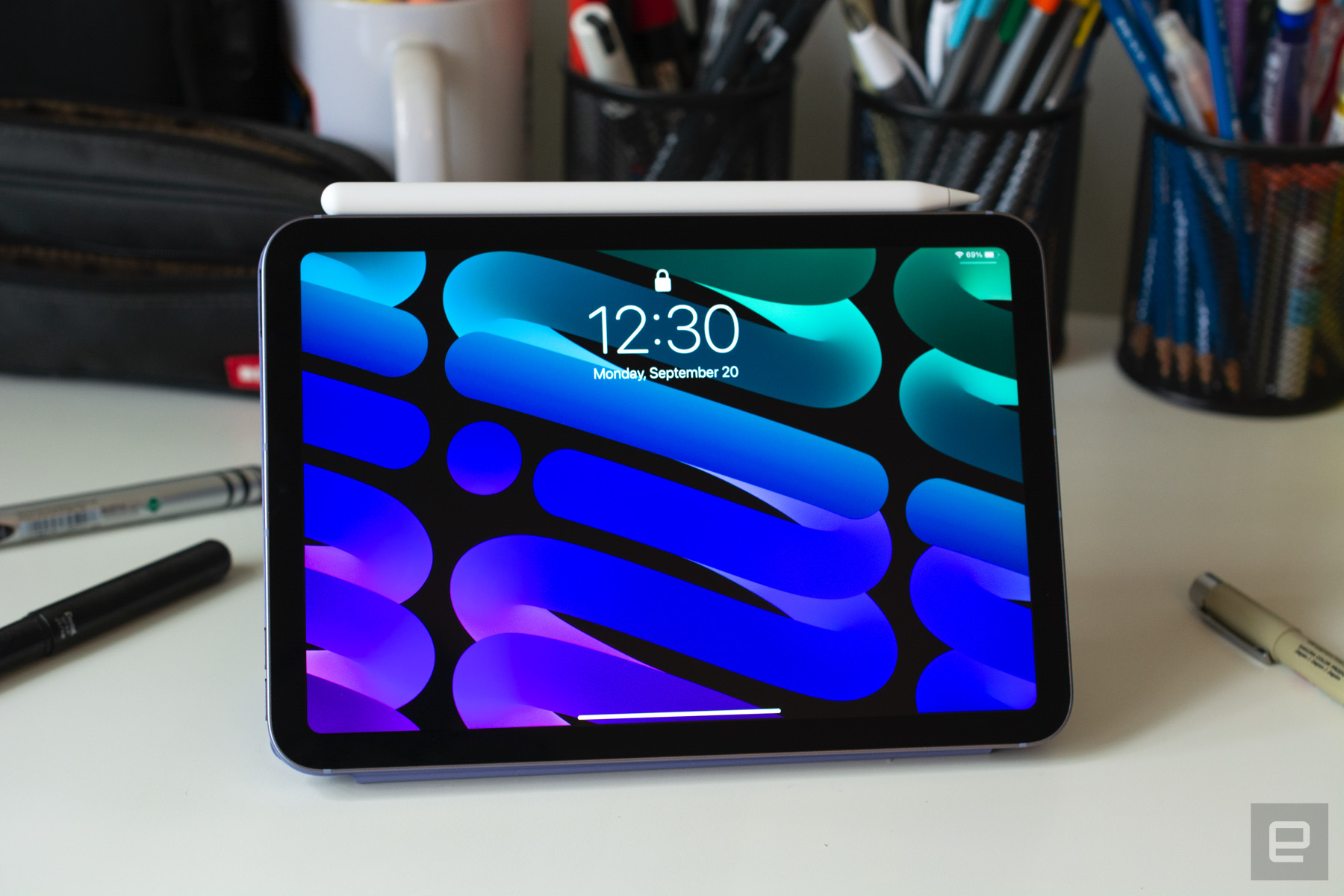 The latest WiFi-only iPad mini in space gray has been on sale for $459 at Amazon since the beginning of March, but if you’d rather get one of the tablet’s other color options, here’s your chance to grab it at a discount. For the first time ever, the iPad mini in Starlight is now also available for $459, which is an all-time low for the device on the e-commerce website. The purple version is now also back on sale for the same price, or $40 lower than retail.

We gave the 2021 iPad mini a score of 89 in our review, praising it for its fresh “all-screen” design without the home button its predecessors have. It has a Liquid Retina 326ppi panel with a 2,266 x 1,488 resolution. The tablet’s edges are flat, and it features a TouchID-capable power button and a USB-C port instead of a Lightning port. We felt like we were using a smaller version of the iPad Air when we tested it out.

We also praised the device for its improved cameras, including its new 12-megapixel ultra wide front camera with Center Stage support. That’s the Apple feature that automatically pans a device’s camera and zooms it as needed to keep the user on screen during video calls. The tablet’s 12-megapixel rear wide camera is better than its predecessor’s, as well.

Thanks to the A15 Bionic chip powering the tablet, it was also able to handle everything we tried during our test, running games, videos and other types of apps quickly and smoothly. We also appreciated that the tablet lasted for 12 hours during our testing before it needed to be plugged in. And, yes, it works with the second-gen Apple Pencil so you can use it for your art or your note-taking needs.

Google’s ‘raters’ are pushing for $15 an hour | Engadget

Cameo lays off almost a quarter of its staff, including executives | Engadget

Cameo is the latest tech unicorn to have layoffs – TechCrunch