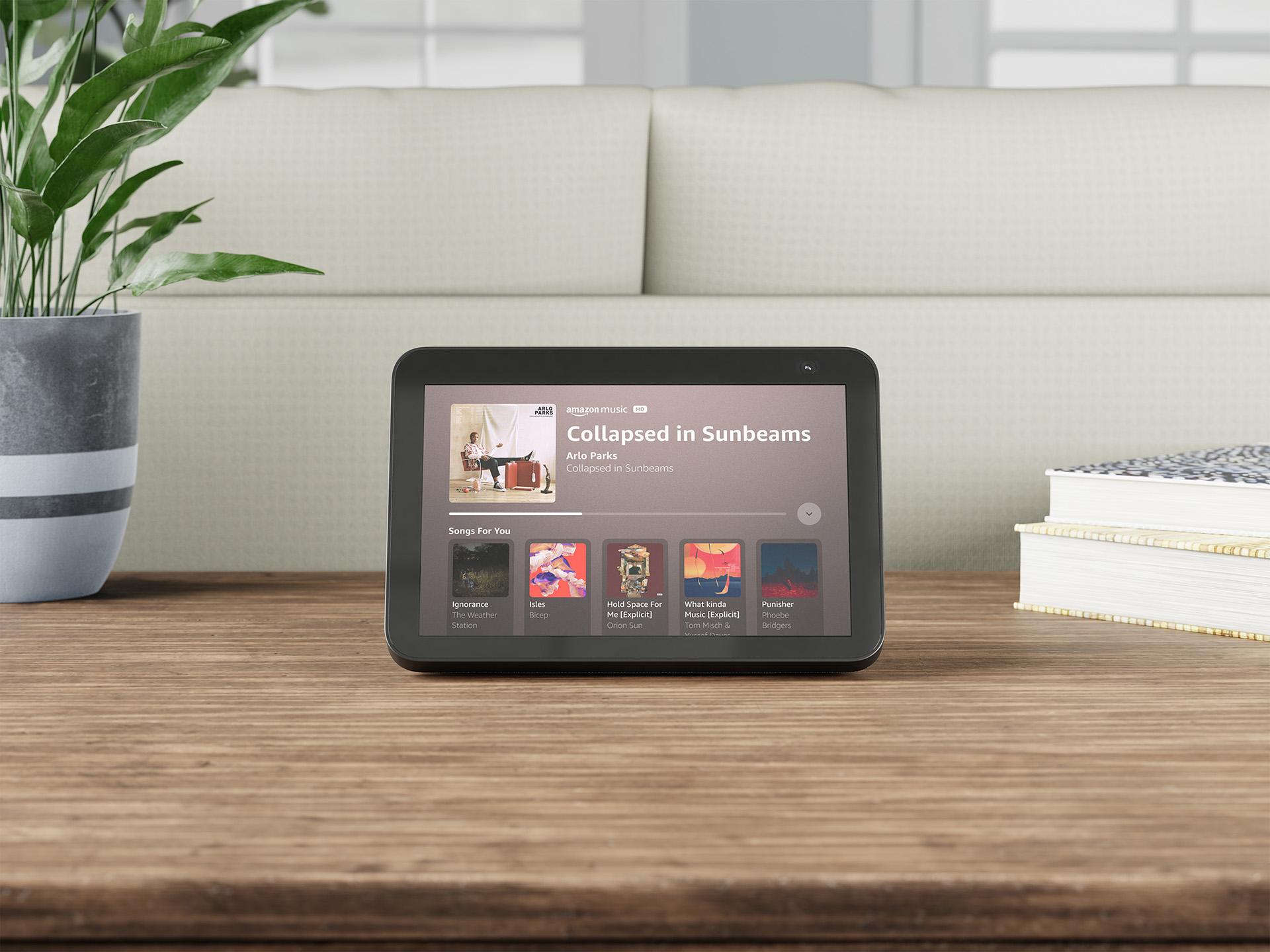 
Aside from Black Friday, Amazon Prime Day is the best time of year to pick up an Echo device since most of them are deeply discounted. Amazon didn’t disappoint this year — all of its Echo Show smart displays are on sale for Prime Day, key among them being the Echo Show 8 for $75. That’s $55 off its usual price and a new record low, and we’re calling it out at the top because it’s one of the better choices for most people. Also on sale are the Echo Show 5 for only $35, the swiveling Echo Show 10 for $180 and the Echo Show 15 for $180 as well.

It’s the second-generation Show 8 that you can get for $75, and we gave it a score of 87 when it came out last year. We like its 8-inch, 1,280 x 800-resolution touchscreen, minimalist design and solid sound quality. Since it’s larger than the Echo Show 5, you’ll get strong sound overall with surprisingly powerful bass and volume. This version of the Echo Show 8 only differs from the first-generation device in a couple of ways, with the most important being its updated video camera. The 13-megapixel camera digitally pans and zooms to keep you in frame when you’re video chatting with apps like Zoom. It’s a relatively small feature (which is why you could safely go for the first-gen Echo Show 8 to save some money), but it’ll be useful for those who constantly use their smart display as a stationary video-chatting device.

While the Show 8 could make a good kitchen or office device, the Echo Show 5 is one of the best “smart alarm clocks” you can get right now. We like its compact size, tap-to-snooze feature and its decent sound quality. Despite being the latest generation Show 5, this one doesn’t have the advanced video chatting features that the Echo Show 8 has, but you’ll still be able to use it for basic video calls.

If you prefer big screens, the Echo Show 10 or the Show 15 will be good options. The former automatically swivels to follow you when you’re on video calls, so you’re always in frame and you can also always see the screen. It also has the auto-framing features that the Echo Show 8 has, making it one of the best options for those who video chat often. We also like that the Show 10 has a built-in Zigbee smart home hub, letting you connect things like smart lights, locks and more directly to the display without needing an extra hub to make everything work.

The Echo Show 15 is the most niche of the bunch, by far. It’s a wall-mountable, Alexa-enabled touchscreen, allowing you to use it almost like a digital cork board of sorts. You can customize it to have notes, to-do lists and more on widgets on the display, or use it to watch recipe videos or even shows and movies on Netflix, Prime Video and more. It also uses a “visual and voice ID” feature to recognize who’s looking at the screen or who’s giving an Alexa command, so it can then display the most relevant information to that person on the screen.

Get the latest Amazon Prime Day offers by following @EngadgetDeals on Twitter and subscribing to the Engadget Deals newsletter.