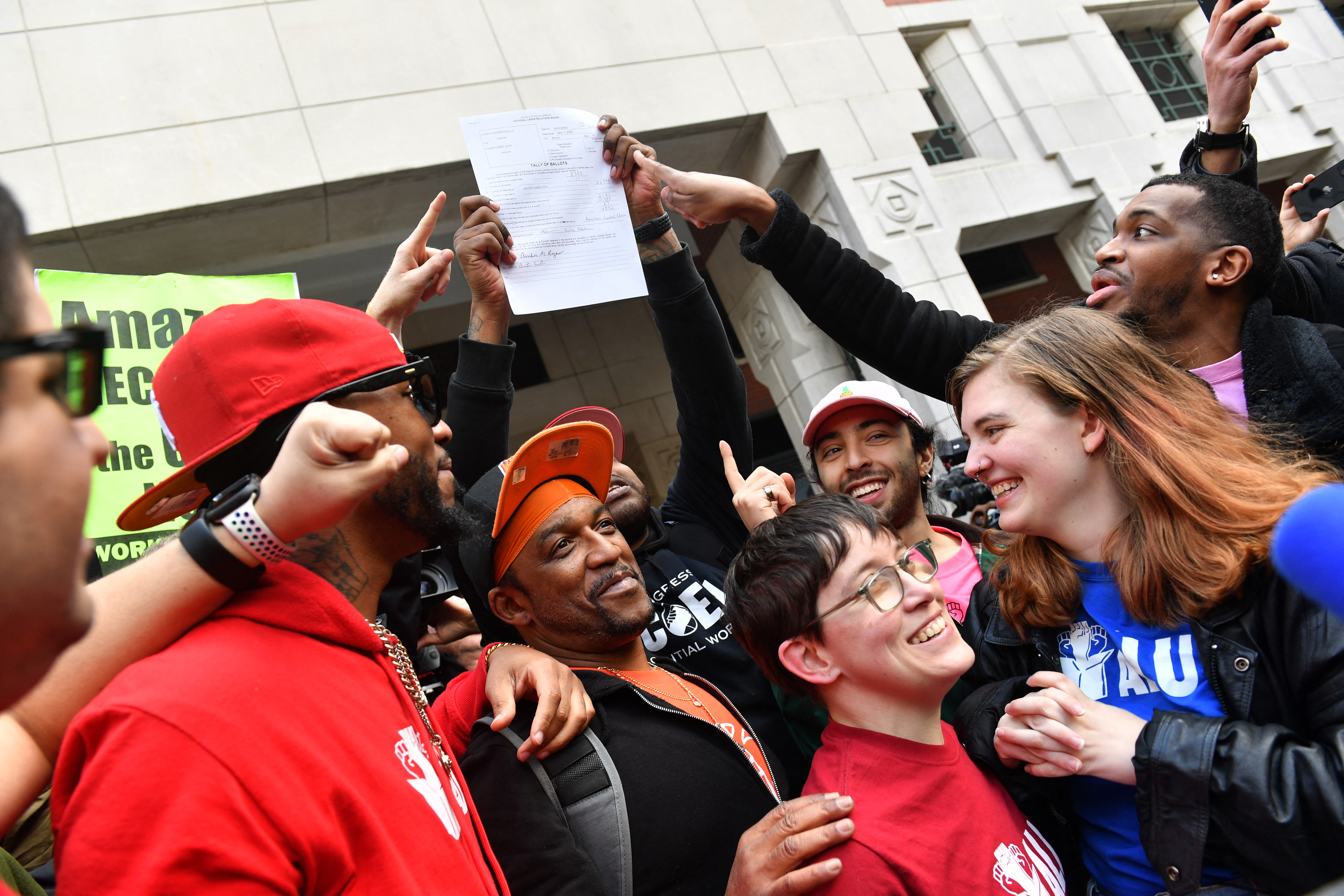 
Amazon will reportedly object to a at its warehouse in Staten Island, alleging that organizers pressured workers into voting to organize. The Wall Street Journal that the company revealed its intention to appeal JFK8’s election in a legal filing released to the public on Thursday. Roughly 55 percent of workers at the JFK8 warehouse voted to join the Amazon Labor Union, the first victory of its kind for Amazon workers in the US. The company has until April 22nd to gather evidence and formally file its objections to the National Labor Relations Board (NLRB).

In the document, Amazon gave a preview of what objections it plans on raising. The company wrote that it believes that the union threatened employees unless they voted to unionize. Some may think this is a fairly ironic move on Amazon’s part, considering NLRB accused the company of threatening employees unless . Amazon also accused the union of “electioneering” or interfering while employees waited in line to vote. It argued that unusually long waits at polling booths led to insufficient voter turnout. The company also believes organizers loitered by the polling area and intimidated voters, even going as far as to threaten immigrant employees with the loss of their rights if they didn’t vote to unionize.

Meanwhile, a separate labor union attempting to organize an Amazon facility in Alabama filed its own objections on Thursday regarding the pending results of its recent rerun election. The Retail, Wholesale and Department Store Union (RWDSU) is accusing Amazon of “countless attempts to intimidate workers” in the Bessemer plant, including firing or suspending workers who supported the union. The results of that election are currently too close to call and will be determined in the coming weeks by an NLRB hearing over several hundred challenged ballots.

“Amazon’s behavior must not go unchallenged, and workers in Bessemer, Alabama must have their rights protected under the law. We urge the NLRB to carefully review our objections and ensure no company, not even with the bottomless pockets of Amazon, is allowed to act above the law,” said RWDSU president Stuart Appelbaum in a statement.

Engadget has reached out to Amazon for comment on both matters, and will update if we hear back.