Alpine’s strong “skeleton” has helped it create a McLaren beater 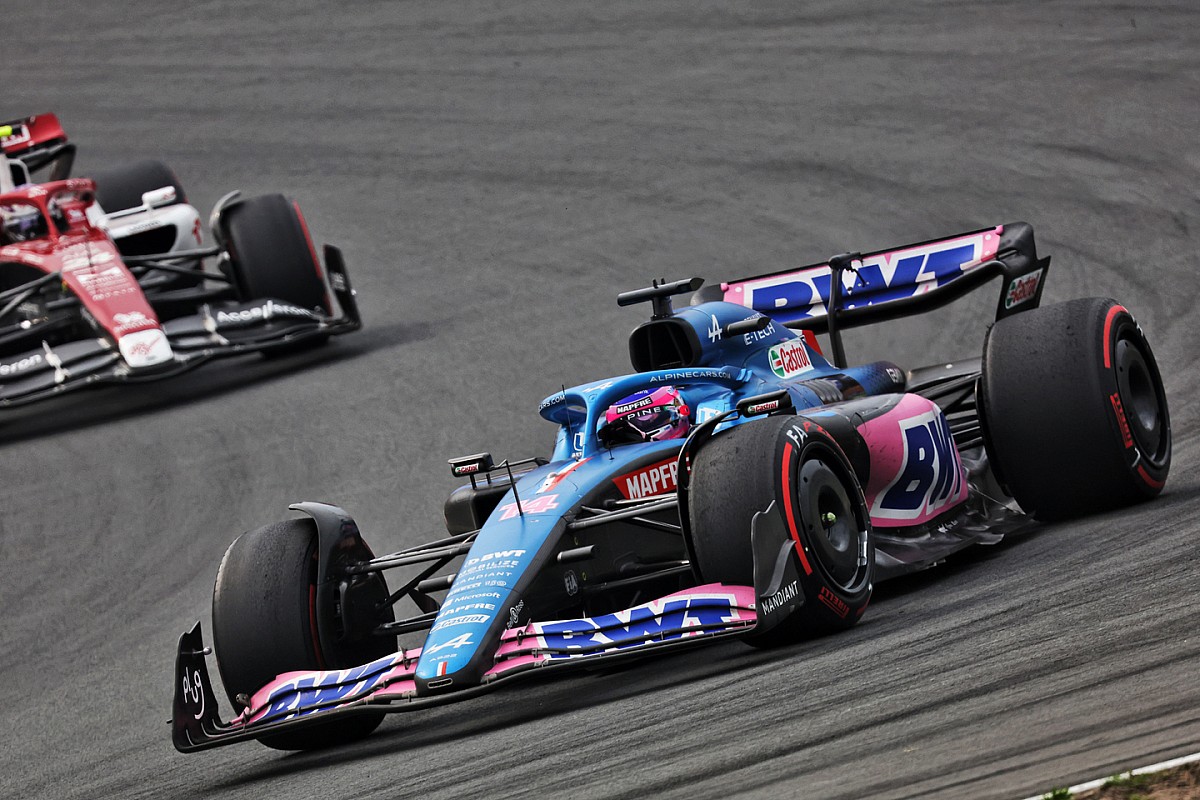 
The Enstone-based squad has unleashed an intense development push on its A522 that has allowed it to pull clear in the battle for best-of-the-rest behind Red Bull, Ferrari and Mercedes.

It is currently 24 points clear of McLaren in the fight for fourth place in the constructors’ championship and is still eying further aero upgrades over the remainder of the campaign.

Alpine technical director Matt Harman has revealed that the rate at which it has been able to deliver improvements to its car has been helped by it deliberately focusing on producing a platform with its 2022 challenger that gave the greatest freedom to its designers to bring aerodynamic steps.

This effectively revolved around the packaging of the power unit and other mechanical items – including suspension, gearbox and radiators – to ensure that they do not hamper what the team wants to do with the car’s aerodynamics.

“We worked incredibly hard for a number of years before these regulations started to put new technology in our race car,” said Harman.

“What that’s done, it’s given us a really strong backbone, a good skeleton in the car. We’ve got very efficient technologies in there.

“That allows us to focus our aerodynamic requirement and our mechanical performance items to make sure that we can progress, so we are in a good place at the moment.”

Alpine has leapt well ahead of McLaren in 2022, despite the occasional on-track bout.

Harman said that the freedom the aerodynamicists have means that Alpine is in a position where its progress is only limited by ideas.

“The initial intent of our race car for this year was we just wanted to make sure that it was aero enabling,” he said. “It’s making sure that every single aspect of the car is supporting or is promoting aero volume. And that’s what we’ve done.

“Every single technology we put in the car is to make sure that we give our aerodynamicists the maximum amount of real estate to express themselves.

“And I think you can see that there is nothing in the way for our aerodynamicists. It’s only our own ideas that are limiting us at the moment. So it’s an important philosophy and I think it’s allowing us to move forward.”

Sporting director Alan Permane, who has been at Enstone under its various guises for decades, reckons that the way the team is working with Renault on the power unit integration is better than it’s been for a while.

“Matt spends a really decent amount of time in Viry [Renault’s F1 engine base] working closely with those guys,” he said.

“Certainly at the track, we’ve always had a good relationship with them. I suspect in the very distant past, we could have been guilty of being two teams or them saying this is what the power unit is. It’s not like that at all now.

“It’s not designed by Enstone in any means at all. But it’s designed in collaboration with them, certainly architecture-wise, where parts go, and that sort of thing, so it’s a very strong relationship.”