Alpine: 100-race F1 plan not derailed by losses of Alonso and Piastri 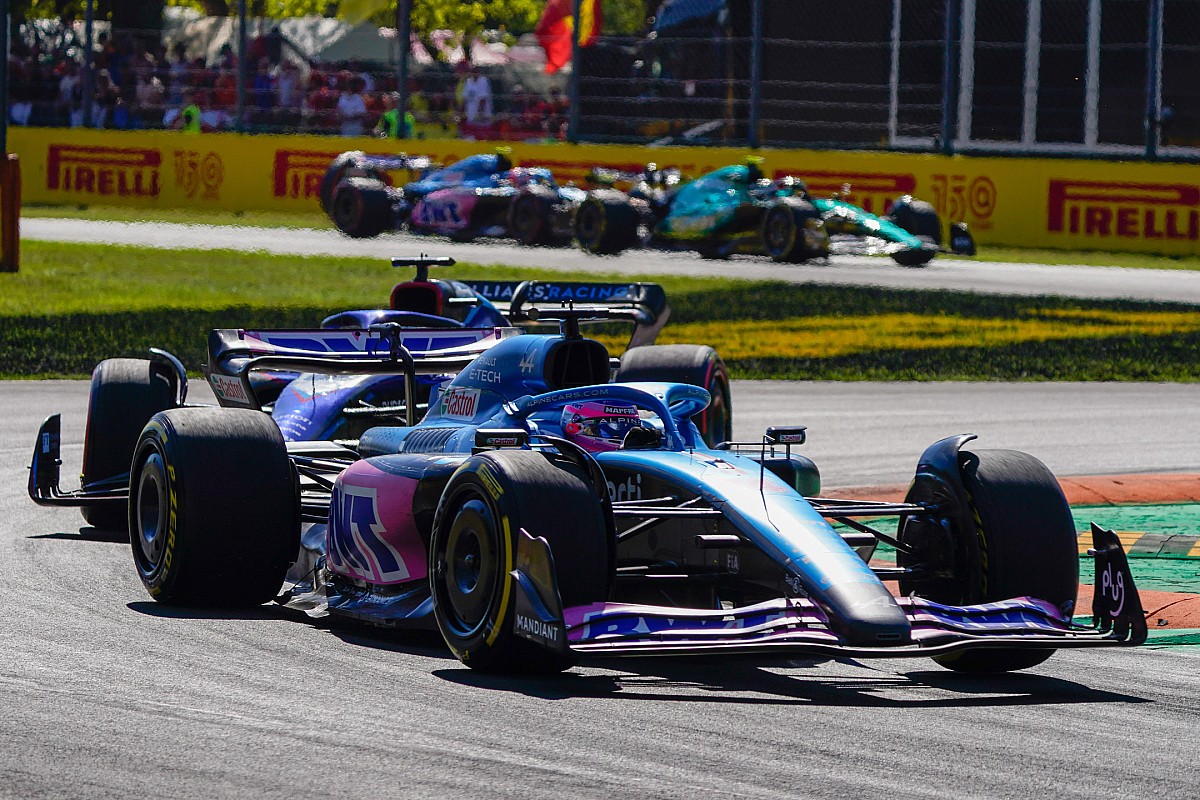 The Enstone-based squad has endured its fair share of headaches in recent weeks after finding out Fernando Alonso was switching to Aston Martin for 2023 and that reserve Oscar Piastri had signed for McLaren.

Their shock departures have left Alpine on the hunt for a new teammate for Esteban Ocon, with AlphaTauri’s Pierre Gasly still a firm favourite if a deal can be sorted with his current Red Bull bosses.

While the Alpine driver market shenanigans has grabbed headlines over the winter and taken up much of the attention of CEO Laurent Rossi and team principal Otmar Szafnauer, the impact has not been felt at all on track.

And that is why Rossi is convinced that a target he set at the start of last year – of Alpine fighting at the front within 100 races – remains fully in place and does not need to change.

“For now, it is not derailed because we stay the course [until the end of the year] with Fernando, so that’s fine,” explained Rossi.

“I would contend that we should normally be able to simply absorb that bump on the road, because the most important thing is the car at this stage.

“Imagine if you put Max Verstappen in the 18th or 19th position car, I doubt he is going to do better than perhaps three positions extra. And the other way around: if you take a driver in that car and put them in the Red Bull, I’m pretty sure they can score a podium and the win. So the car is still the biggest driver of performance at the moment. On that end, we are delivering.”

Alpine is currently fourth in the constructors’ championship and is set to introduce a new floor at the Singapore Grand Prix that should deliver a ‘massive’ step forward in performance, according to sporting director Alan Permane.

It is the progress shown by Alpine on track that has left Rossi so convinced that it can achieve its aims.

“We make the right changes, the team is focused and the plan is clear,” he said. “Plus we are reinforcing it. So this is always going to be the most important: that the car needs to perform.

“The driver will get you two or three tenths extra, which in races can be super important, but the gap between third and the fourth is way more than what the driver could achieve.

“So as for now, we still need to deliver on the car, and the good news is that we seem to have a good concept that’s healthy in terms of giving us upgrades that constantly improve the performance.”