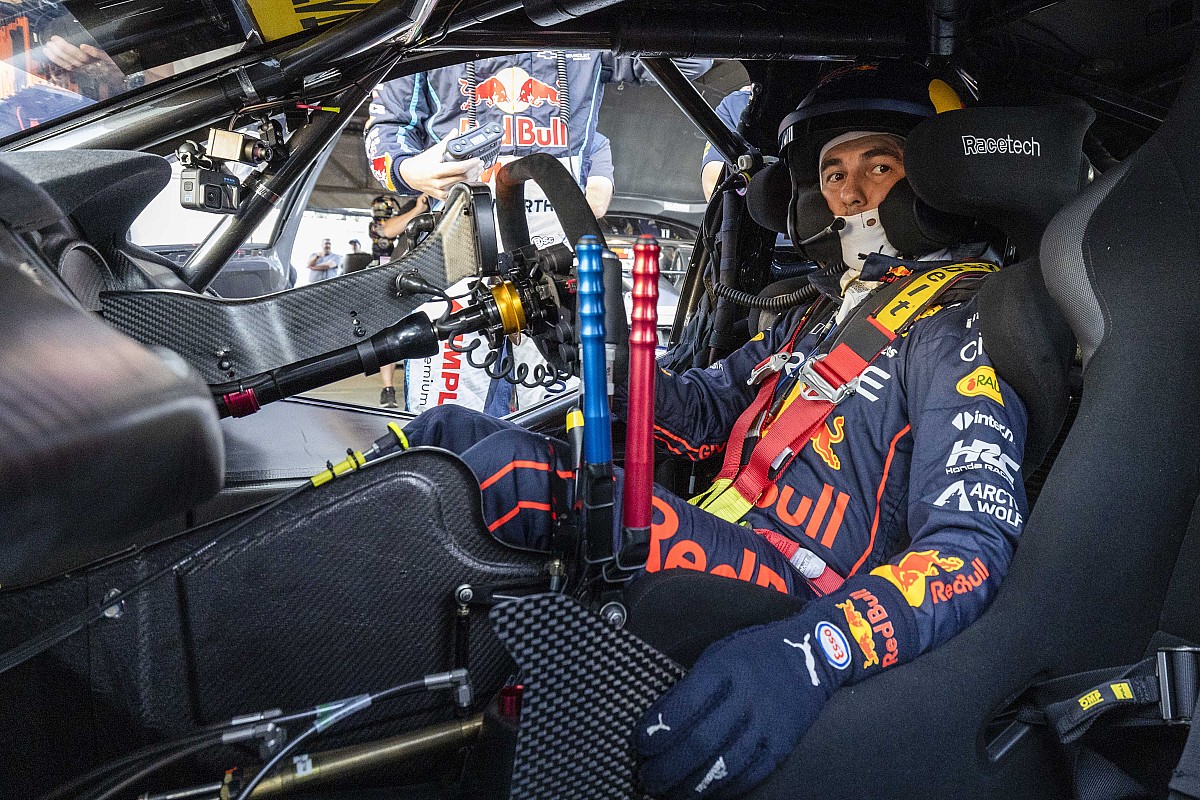 
The Formula 1 stars took part in a special demonstration run at the Australian Grand Prix circuit this evening where they each took the wheel of a V8-powered Supercar.

Randle went along for the ride with the two-time world champion, a radio link helping them communicate along the way.

It was mostly smooth sailing for the Spaniard, although he did have one off-track excursion at Turn 1 late in the run after missing the apex while looking to use more kerb.

When asked how the car compared to other cars he’s driven, Alonso said: “It’s between a GT3 and a NASCAR.

“It’s heavier and softer on the corners, but then you feel the power, the V8… the noise is amazing.

“It’s good fun [to drive], because the cars a very similar to each other on the grid. They are only separated by one second, so I’ve heard, and with 25 cars, that’s amazing.

He was let loose on his own, although he did have T8 driver Broc Feeney on the headphones to offer guidance.

He also drove the team’s spare car, which is at Albert Park for the speed comparison demos, rather than one of the actual race cars.

“I was surprised by the amount of rolling the car has just on the straights,” said Perez after driving the car.

“It was rolling quite a bit, so I was getting used to that sensation and the braking was the biggest challenge out there.”

When asked what the biggest challenge was, Perez said: “I think the braking. The braking efficiency, cornering, the corner speed is quite different.

“But also, it’s very good fun the amount of kerb you are able to take. In Formula 1 you are very limited with that and here you pretty much are able to use the whole track.

“It’s quite tricky. It was quite an experience. It was really good fun.”