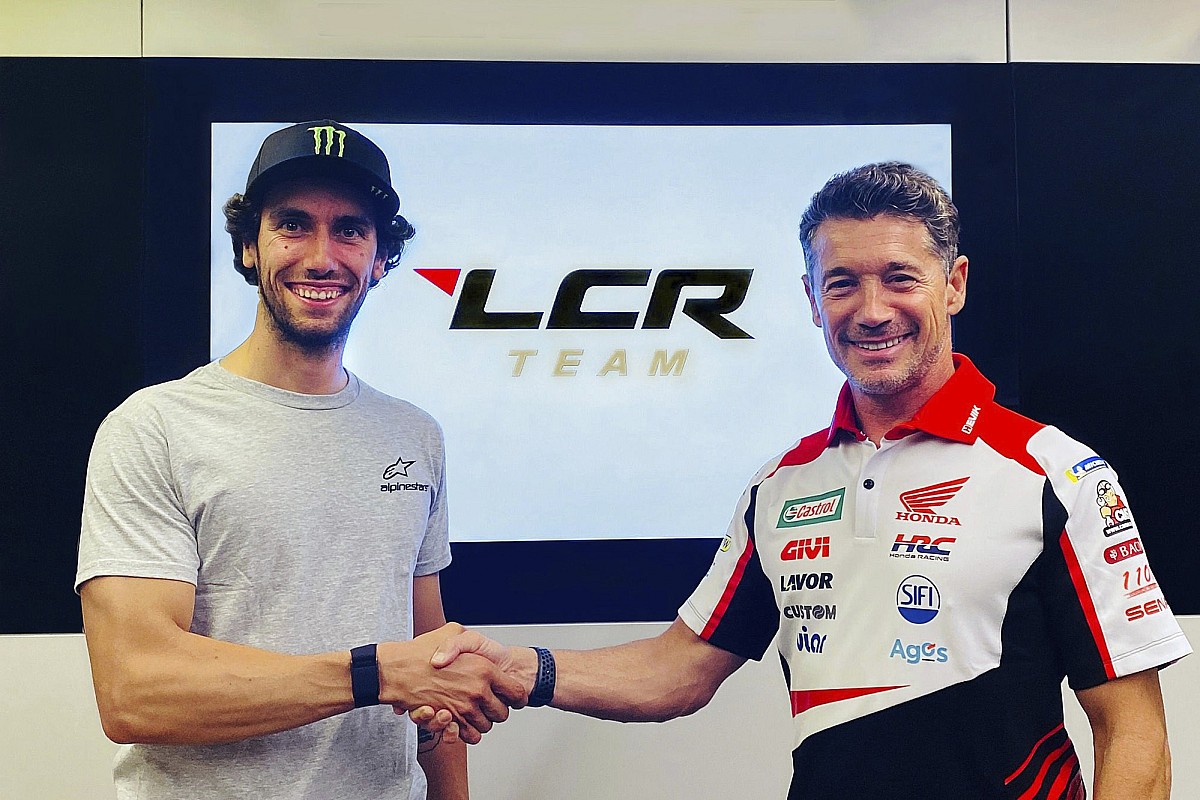 
Three-time MotoGP race winner Rins was shockingly put onto the rider market for 2023 alongside teammate Joan Mir when Suzuki announced following the Spanish Grand Prix that it would be quitting MotoGP at the end of the 2022 season.

Rins has been linked to several teams, including KTM, RNF Racing for its switch to Aprilia machinery, and Gresini Ducati.

It appears Rins’ 2023 future options were between joining Gresini to race a 2022-spec Ducati or have factory machinery with Honda at LCR.

Rins ultimately elected the second option, with Motorsport.com reporting last week that the deal was all but officially signed.

“I am delighted to announce that Alex Rins will be the LCR Honda CASTROL rider in 2023,” LCR team boss Luci Cecchinello said.

“We’ve just finished signing the contract, all three parties, so we are finally able to announce it.

“Rins is an experienced rider, a fast rider and a podium finisher.

“This wealth of experience, coupled with Rins’ ability to give the precise suggestions to his technicians, as I’ve heard, will surely help us to improve our our bike package, aiming to fight for more podiums.”

Rins will have machine parity with the factory Honda squad, which is set to consist of Marc Marquez and 2020 world champion Mir.

With Rins joining LCR, he will replace Alex Marquez, who has signed a deal to join Gresini alongside Fabio Di Giannantonio next year.

The younger Marquez brother will have a 2022-spec Ducati at Gresini and has signed with the team, rather than with Ducati.

Marquez’s signing to Gresini will see him take Enea Bastianini’s place at the squad, with the three-time race winner penning a new deal with Ducati to either join its factory squad or go to Pramac should Jorge Martin get the factory nod.

Ducati has recently said it will wait until August to make a final decision on who will take Jack Miller’s place at the factory team, with the Australian signing a two-year deal to join Brad Binder at KTM in 2023.

Johann Zarco will remain at Pramac for 2023, while the VR46 Ducati line-up is likely to go unchanged.

Elsewhere, Pol Espargaro is set to return to KTM and Tech 3 next year, while Miguel Oliveira has been linked to RNF Racing.

Yamaha “will never give up” on Morbidelli amid 2022 MotoGP woes

Looking to get your funds out of a collapsed crypto platform? Don’t get your hopes up