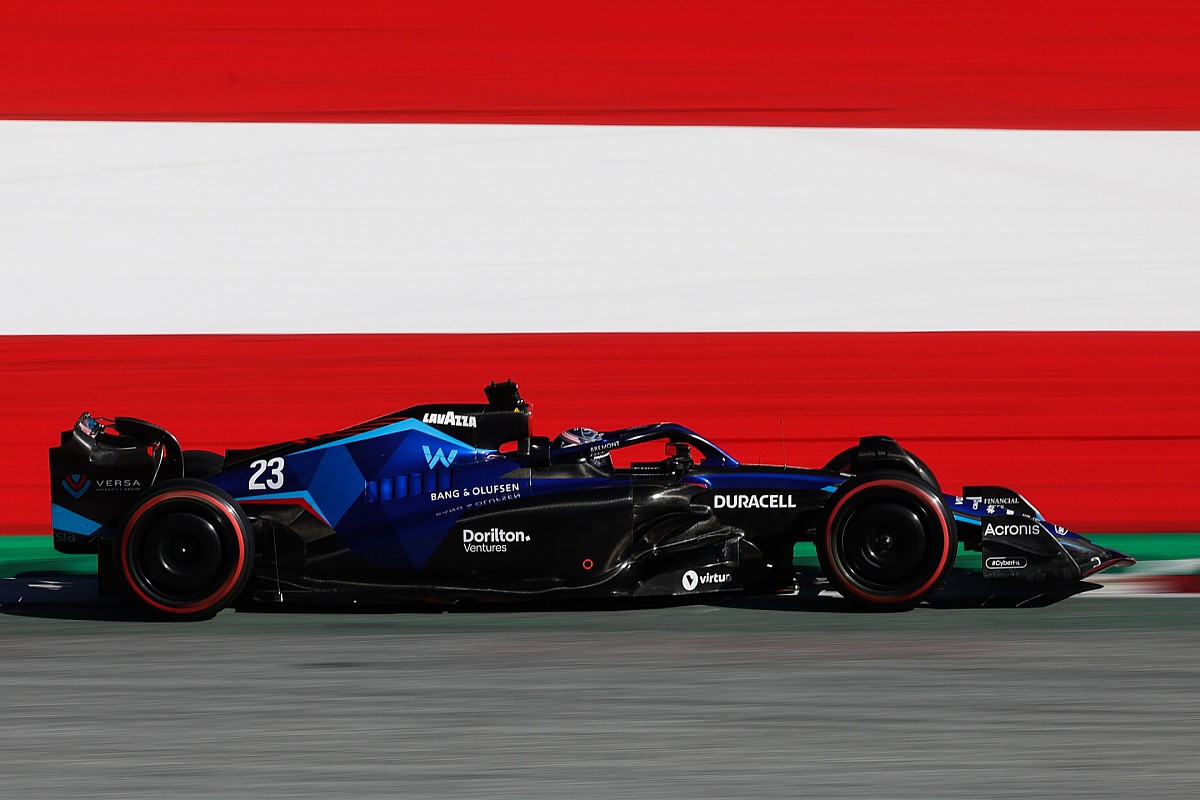 
Williams brought a raft of updates for the FW44 car to the British Grand Prix last week in a bid to improve its on-track form after a tricky period that saw it fail to score any points since finishing ninth in Miami.

Albon debuted the updated parts at Silverstone, but failed to make it through Q1 and was then caught up in a first-corner accident after being hit from behind by Sebastian Vettel’s Aston Martin.

Williams completed the repairs on Albon’s car ahead of this weekend’s race in Austria, allowing Albon to make it through to Q2 for the second time this season and go on to his best qualifying result of the year, qualifying P12 for Saturday’s sprint race.

Albon hailed the work by his Williams crew to complete the repairs on his car time for this weekend, and said that “to repay them with a P12 is great”.

“The car is very good and if you look at the timings, a tenth would have got us into Q3, so of course you can always look at it and say ’I could have gone a bit quicker there’,” Albon said.

“But P12 in, let’s say, a pure qualifying, and apart from maybe Yuki [Tsunoda] and Lando [Norris] who didn’t get a great one, we were there on pace. It puts us in a good place for [the Sprint].”

Albon conceded it was “hard to say truthfully” how much of the improved performance in Austria was down to Williams’ upgrades or due to the track suiting the FW44 car more.

“We do have good straight line speed which also helps us, but I do think the aero package is bringing something,” Albon said.

“If you look at it right now, it is almost a completely different car to what we have had before. It gives us a lot of scope to improve as well. It is a good base to keep developing.

“We have got this early stage of this characteristic of a new car and now we are here to explore it. To get on top of it as quickly as we have done, I only see it getting better towards the rest of the season.”

Albon felt the upgraded car was offering improved levels of downforce, but added: “If anything it is a little bit harder to drive.

“It is a bit more peaky in that sense, but when you get on top of it, it is good.

“There is a bit of a learning curve to it and obviously we don’t want it to always be peaky and tricky.

“But with the limited amount of running we have done that is so far the general feeling.”

Albon will start today’s 24-lap sprint race from 11th place on the grid, benefitting from a post-qualifying penalty for Red Bull’s Sergio Perez that dropped him from fourth to 13th.