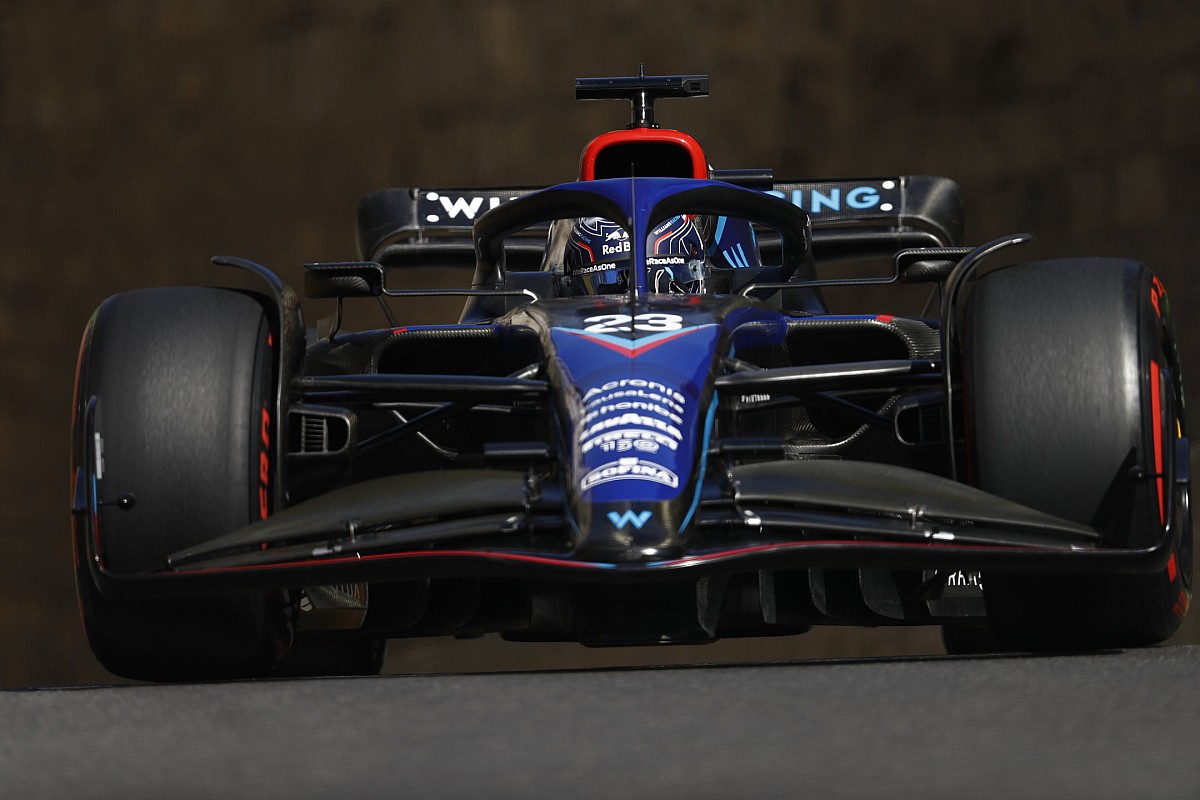 
At the end of a last-minute dash in Q1, Albon thought Alpine driver Alonso deliberately drove slowly and then caused a yellow flag by heading into the Turn 15 escape road to prevent other drivers from improving their times.

On the team radio Albon said: “He needs to get penalised this guy, he has to. This is ridiculous, he was doing it the whole lap. He was driving slowly on purpose. And it was so obvious how he went off the track, it was ridiculous. He braked so early, and he just went off the circuit.”

Alonso denied he was playing tricks on Albon and explained he outbraked himself, but added that he understood the Williams driver’s frustration.

When Motorsport.com asked Albon about the incident, he said: “I think I’ll leave it for you to decide. Have a look and comment later.”

When pressed further he explained he wasn’t actually too upset at Alonso, but thought people who cause yellow or red flags should have their fastest time deleted – as is the case in IndyCar – so people can’t “play the system”.

“I was frustrated, because I just think it would be a good idea if we had a rule change where people who create yellow flags or red flags get their laptime deleted,” Albon said.

“I know we talked about this previously, but it doesn’t put any penalty on the driver that makes a mistake.

“Of course, there are games. You reduce the amount of people that can do a lap to begin Q1 anyway [by holding them up] but then also create more yellow flags for the cars behind you but obviously you make it through Q2.”

Albon said his anger partially stemmed from the fact that he was so close to making it into Q2, which would have been only the second time since his F1 return with Williams. Two weeks ago in Monaco he had missed out on Q2 by one tenth.

Instead, Albon is starting Sunday’s race down in 17th, while Alonso progressed to Q3 and starts from 10th on the grid.

He also put some blame on himself, as a Turn 15 mistake on his out-lap meant he couldn’t pass Alonso on the main straight heading into his qualifying lap, leaving him vulnerable to what the Spaniard did in front.

“I’m 99% sure if I hadn’t made the mistake in the second to last corner, I would have benefitted from the slipstream that I chose to take behind him for the whole lap and we would have gotten into Q2,” the Anglo-Thai driver added.

“It is one of them things, I’m not angry at Fernando, I think he’s a smart guy and he plays the system well.”

Albon was otherwise encouraged by how Williams had approached qualifying after looking lost in Friday practice.

“To be honest, it was a good session. We did everything right, I felt good on my laps,” he said.

“I felt like we were not in a good place on Friday and we definitely turned it around. We were fighting on the heels of Q2 again.”