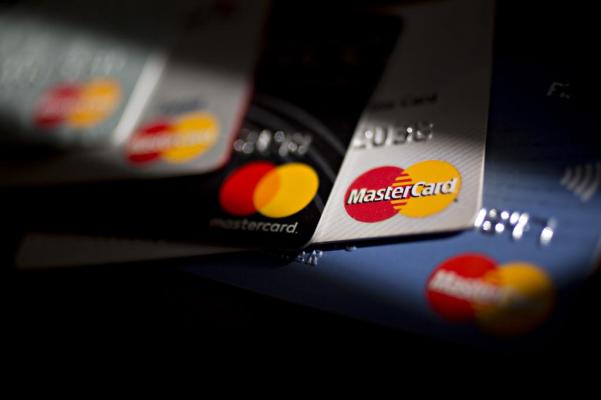 
Last Friday, Barter, the consumer app of Africa’s most valued startup Flutterwave, told customers via email that they would not be able to access its virtual dollar card service from July 17. Hence, customers would be unable to create new virtual dollar cards, fund existing ones or make online and in-store payments and purchases with them.

Subsequently, other African fintechs such as Eversend, Klasha, Busha, GetEquity and Payday sent identical messages giving various timelines between July 17 and 18. They attributed the virtual dollar card service disruption to an update from a card partner—which happens to be Union54—without citing a definite recommencement time.

This April, when we covered Union54, whose API allows companies to issue debit cards to their customers and employees without needing a bank or a third-party processor, it had just raised a seed extension, bringing its total seed round to $15 million (Tiger Global led both rounds). We have other coverages here and here.

The startup plays an essential role in the growth of the African fintech space with its card issuing product. As part of Mastercard Principle membership and the first fintech from Africa, Union54 acts as an “issuing bank” and can provide debit cards (physical and virtual). But in May, Union54 began experiencing some operational issues with its product which resulted in the temporary suspension of its Bank Identification Number (BIN), the first four to six numbers on a payment card that identifies a card issuer.

According to a memo sent to its clients in May and obtained by TechCrunch, Union54 said though it resolved several of these issues, some remained. And as the company sought solutions, it became apparent that there were “some fundamental blockers to Union54 operating a long-term, profitable card issuing product, mainly due to our partner’s commercial inflexibility and inability to move quickly to implement technical solutions that are required to solve the operational issues we have experienced.”

Sources told TechCrunch that the main issue Union54 had been experiencing since its launch was chargeback fraud. Here, cardholders claim to have not initiated purchases before proceeding to dispute a transaction, placing a complaint and contacting the bank—in this case, Union54—that issued the debit card for a chargeback. If Union54 feels the claim is valid, it will remove the transaction amount from the merchant’s account and return it to the cardholder.

A recently sent follow-up memo by Union54 to its clientele confirms what sources and local tech publication, Benjamindada.com, have said about these chargebacks. “Ever since we launched, there’s been a consistent increase in fraud cases emanating from our Bank Issuing Number (BIN),” the memo read. “During one of our conversations with Mastercard, they declared that never in their history has there been such frequent instances or cases of card fraud from this region.”

Upon further investigation, Union54 discovered that cardholders were increasingly attempting to defraud merchants by requesting chargebacks after their orders had been fulfilled. Many cardholders also tried to make purchases with empty cards, said Union54. Another plausible scenario, which Union54 didn’t state, could be the use of the cards by fraudsters to perform transactions without the knowledge of the original cardholders.

Merchants—who bear the brunt of chargeback fees that potentially affect their bottom line—can contest cardholders’ claims and ask the issuing bank to reverse the chargeback. And that’s what international merchants such as Facebook, Google and AliExpress did; in addition, they reported Union54’s BIN to Mastercard, which resulted in its number’s suspension.

At first, Union54 decided to stop authorizing card payments on June 16 and cease operations by June 30. The two-week timeframe was to “allow for the defunding of cards and refunds of remaining float deposits, as well as for our clients to access any user, card or transaction data required for your ongoing operations.” In the first memo, Union54 said its API would no longer be available from July 1. However, the fintech pushed the shutdown to July 18 as Mastercard, which requires merchants to maintain a chargeback rate of less than 1.5% of transactions, gave Union54, which also doubles as an acquirer, an ultimatum to improve its processes.

In the follow-up memo, Union54 explained how the company could not redeem the situation despite the extension. Union54’s efforts “weren’t deemed enough by Mastercard” as clients’ virtual dollar cards failed more frequently, disrupting customer experiences, an excerpt from the memo read.

Union54 hopes to get a resolution soon, though. The fintech said it’d be working with its partners, merchants and Mastercard to get its cards service back up within the next 6-8 weeks.

The rest of the memo read:

For a relatively new market innovation like ours, we are aware that we will be prone to challenges such as this periodically. We want you to know that we did everything possible up to the last minute to avoid this, but unfortunately, it was impossible to remedy on the go. Please accept our sincerest apologies for the impact on your business and rest assured that the card service will be back, better and stronger. The USDC Wallets Infrastructure and International USD Wire Service to 79 countries is still fully functional. In the next few days, we will be adding endpoints for Local Currency Payouts to 25 countries to huge trade corridors across Asia (China), Europe and Africa as well.

Some industry analysts say this event calls for better KYC/AML compliance checks in the card issuing space as inconsistent due diligence for cardholder chargeback claims could invoke more fraudulent activities.

“It [The news] didn’t come as a shock for those playing in compliance because of the huge fraudulent activities in the space. Suppose a card scheme raises red flags that a region is having a lot of fraudulent activities. In that case, you as a provider will probably want to withdraw from the markets,” said Lanre Ogungbe, co-founder of Identitypass, a Nigerian digital compliance and security company that delivers seamless identity verification solutions to African businesses.

“KYC is not the A-Z of security checks, but what it does is to backtrack and trace a fraudulent transaction. And for many fintechs in the region, we seem to place more emphasis on aesthetics rather than the compliance and security side of things.” The report also comes at a period where various fraud allegations have rocked executives and companies in the region within the past few weeks.

In the past couple of years, virtual dollar debit cards provided by fintechs have proved a lifeline to many Africans and replaced local alternatives from banks whose cards have transaction limits. With these cards, they can make international online transactions on platforms such as Alibaba, Google, Amazon, Netflix and Spotify. So it’s not hard to see why customers (individuals and businesses)—who have had to rely on these virtual cards built on Union54’s backend—expressed their displeasure on social media following the news. Many have begun searching for alternative options, which include Sudo Africa, another card issuing platform and other fintechs which claim to be unaffected by Union54’s downtime (as a result of using another provider), such as Chipper Cash, Mono and Bitmama.