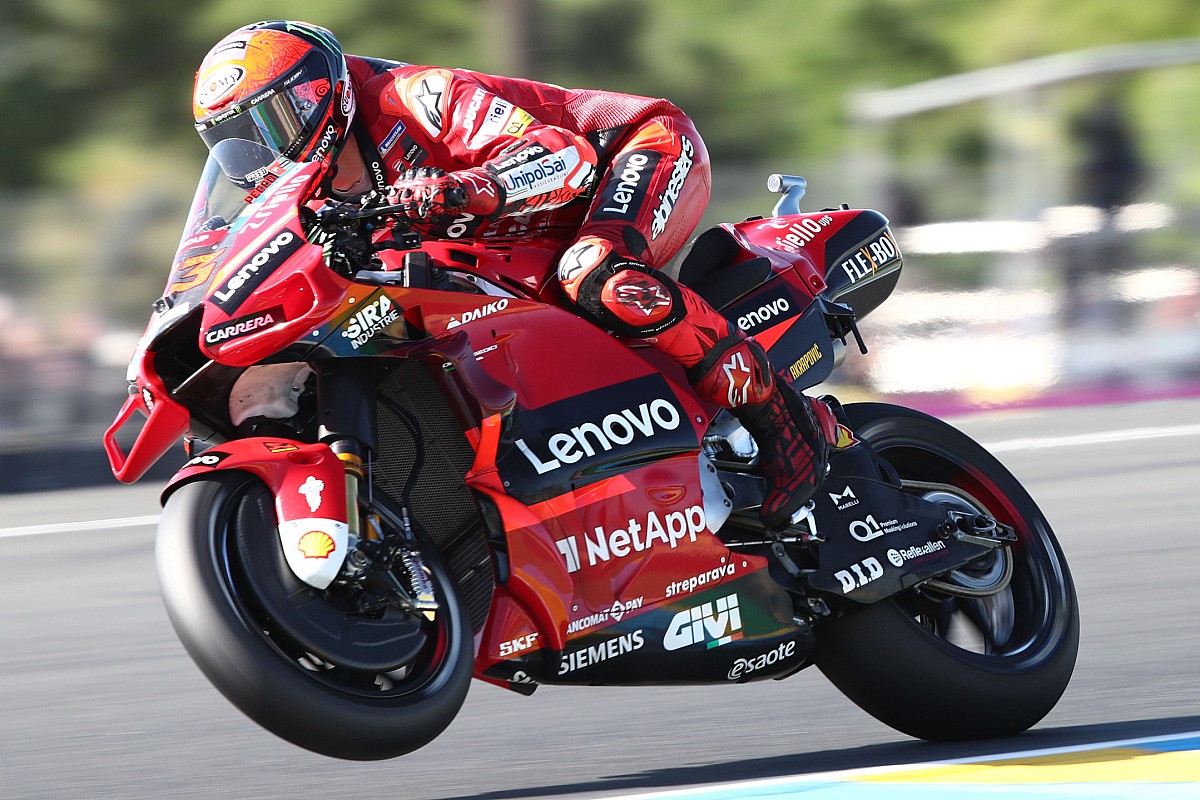 Italian rider Bagnaia blitzed the Circuit Bugatti lap record in the pole shootout on Saturday, lapping the track in 1m30.450s to secure the fifth pole for a Ducati rider in seven qualifying sessions in 2022.

Jack Miller backed up the performance of Bagnaia to grab second spot on the grid, setting a time that was just 0.069s than his teammate.

Aleix Espargaro continued his strong run in France, securing a spot on the front row for the third consecutive race weekend with a time of 1m30.609s on the Aprilia.

However, the French rider couldn’t keep up with Bagnaia’s pace in the second part of qualifying and eventually slipped to fourth on the grid, missing out a spot on the front row by 0.089s.

Joan Mir will head up the third row of the grid after successfully progressing to the second leg of qualifying from Q1, with Suzuki teammate Alex Rins and Pramac Ducati’s Jorge Martin – who also had to go through Q1 – starting alongside him in eighth and ninth respectively.

Marc Marquez could do no better than 10th after making a mistake on his flying lap on his second bike, having damaged his primary machine in a crash in final practice.

However, he still ended up as the top Honda of the grid, with factory teammate Pol Espargaro ending up just behind him in 11th, and Takaaki Nakagami managing only 12th on the LCR-run bike.

Several leading names were eliminated in Q1 and will have to start the race from the lower half of the grid, with Maverick Vinales set to line up 14th on the Aprilia and Franco Morbidelli starting further down in 19th on the second of the two factory Yamahas.

KTM riders will also have a mountain to climb in the race, with factory duo Miguel Oliveira and Brad Binder starting only 17th and 18th respectively.

The 2022 MotoGP French GP will get underway at 2pm local time (1pm BST) on Sunday.